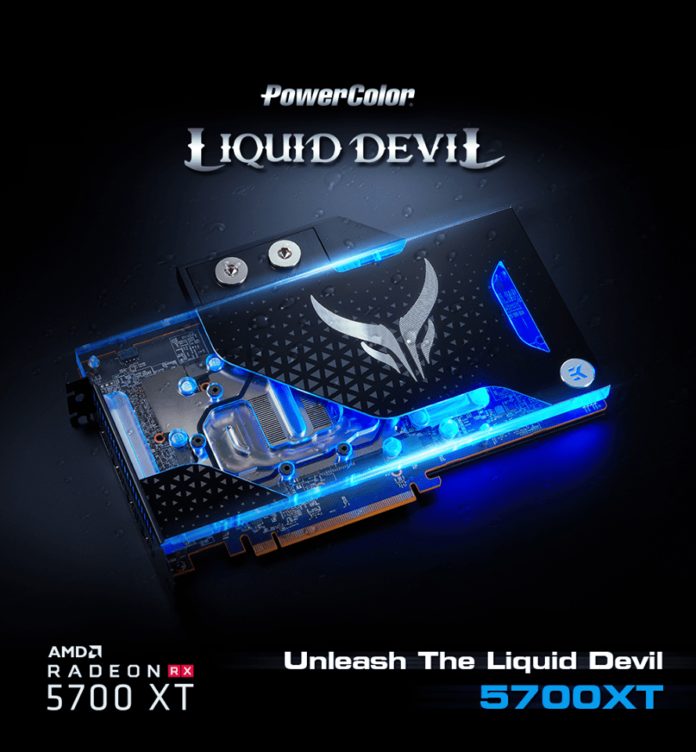 The one thing that the RX 5700 XT needs above all is a good cooling solution. We’ve worked with reference models before and those things run hot. They’re almost a 290X reprise, at least in terms of thermals and noise. Sapphire offers a solid air cooler variant in the 5700 XT Nitro+. But today, Powercolor unveiled a liquid-cooled 5700XT, the 5700 XT Liquid Devil, that takes things to the next level. It’s got an EK waterblock built in.

Powercolor hasn’t announced clock speeds for the Liquid Devil. But we wouldn’t surprised if they cranked things up to 2.0 GHz or thereabouts. The card is completely surrounded by RGB LEDs, so you won’t be limited to the signature Powercolor red. Powercolor’s gone even further with color customization: You get red, blue, and yellow dyes to color the liquid cooling solution. We’re not kidding. The card will be available from November 19th onwards.

While this is undeniably an awesome-looking 5700 XT, and while it’ll almost certainly give you a meaningful performance bump over reference models, we feel obliged to give you a bit of a caveat emptor heads up. The price mark-up that the liquid cooled design will command is almost certainly going to be significant. It’ll make this model easily as expensive or more than 2070 Super reference parts, while still performing worse in most games (and not featuring RTX).

But then again, if you want the shiniest Navi card possibly ever, the Liquid Devil will be yours for the taking on the 19th.