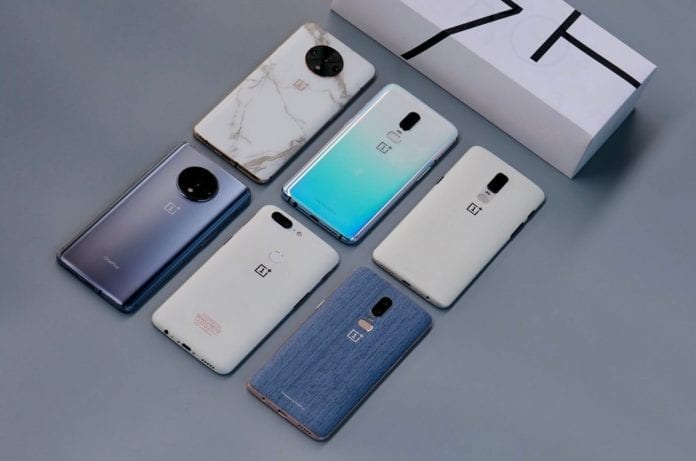 Just like Samsung, OnePlus is also rumored to launch its next flagship smartphone lineup earlier than usual, and earlier this month we also got to see one of the members of the OnePlus 9 family in its full glory and even got to know its specifications. Now, rumors are suggesting that OnePlus might be working on improving its mediocre cameras, that has been criticized by the industry for years now.

A tipster who goes by his alias Teme on Twitter posted a list of the smartphone manufacturers and their imaging partners, where he mentioned OnePlus along with the Leica. Well, OnePlus has never collaborated with Leica, so people started asking Teme about this pairing, then later he replied to a user suggesting that OnePlus and Leica will be collaborating for the brand’s 2021 flagships.

Well, this partnership could change OnePlus’s fate. Previous OnePlus smartphones have not shown flagship-grade performance when it comes to the optics, but if this turns out to be true, then we can expect the OnePlus 9 series to feature one of the best cameras of 2021 as we have seen how great Leica cameras are on the Huawei flagships.

For now, we would suggest taking this information with a pinch of salt since there is no official confirmation from either of the brands, and even the recent images of the OnePlus 9 didn’t have any sort of Leica branding on it.

OnePlus is rumored to launch three smartphones next year in The OnePlus 9 series including the vanilla OnePlus 9, OnePlus 9 Pro, and OnePlus 9E, which is expected to be the cheapest among the three.

As far as specifications are concerned, the vanilla OnePlus 9 is rumored to sport a 6.55-inch flat punch-hole panel with a refresh rate of 120Hz, identical to its predecessor, the OnePlus 8T. Further, We expect all the three OnePlus 9’s to draw power from Qualcomm’s recent Snapdragon 888.

Coming to optics, the vanilla OnePlus 9 is expected to have three cameras while the Pro variant might be coming with four rear cameras, and we don’t know much known about the OnePlus 9E, so it’s hard to comment on the OnePlus 9E’s specifications.

The OnePlus 9 series is expected to debut in March next year and it will be interesting to see whether the Leica collaboration is happening or not and whether it will be just limited to the OnePlus 9 Pro, or will it be also coming to the other variants also.