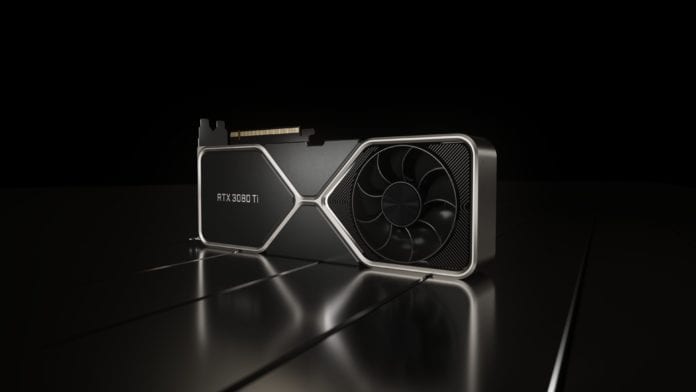 The GeForce RTX 3080 Ti will officially start retailing for $1199 from June 3, although, with the current situations with scalpers, PCMR enthusiasts will most likely have to pony up more from their pocket for it.

NVIDIA claims that the 3080 Ti offers 2X the performance of the GTX 1080 Ti in games using traditional rendering techniques. The new flagship will ship with 12 GB of GDDR6X memory, proving the previous rumours to be true. This is slightly more than the 11 GB found in the RTX 2080 Ti. Compared to every graphics card in AMD’s Radeon RX 6000 lineup, the NVIDIA cards have significantly less memory, but they make up for it with extra features such as NVIDIA Broadcast, CUDA support in apps and of course, everyone’s favourite DLSS.

Here’s some sweet 4K Doom Eternal action, with ray-tracing enabled after the newest update, running on an RTX 3080 Ti.

During NVIDIA’s Computex showcase, a host of announcements regarding support for DLSS and RTX in new games were announced, chief of them being Red Dead Redemption 2 getting DLSS support.