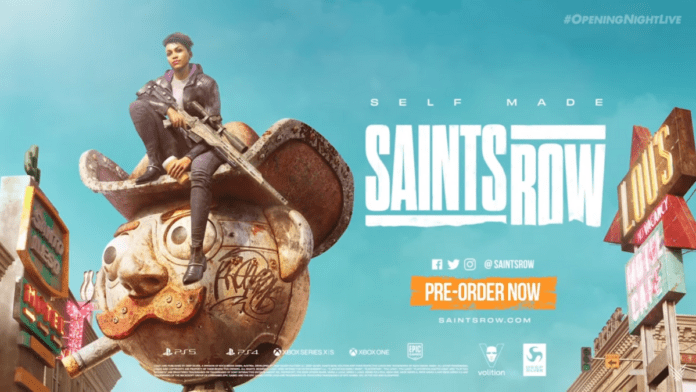 We wanted it, and we got it. A new Saints Row Reboot with many changes to the franchise is coming at the start of 2022. It will be the first game released in the illustrious franchise since Saints Row 4’s release in 2013.

Gamescom 2021 has started with a bang, as the Saints Row Reboot was the first game to be announced in the online live event. Volition revealed a gameplay trailer alongside the announcement and a story cinematic, and all of it looked fantastic.

The series looks to be taking a different direction than the previous games, as the ability to customise the player character seems to be going away. The “Boss” will now be a singular, fixed character played by actress Bryce Charles. The Boss will have new supporting characters, Nina, Kevin, and Eli.

The familiar streets of Steelport and Stilwater are also no more, with the Saints Row Reboot being set in a separate and vibrant city known as Santo Ileso. Santo Ileso still operates in the same manner as the original cities, being ruled by three separate gangs who our favourite saints try to defeat in their quest to take over the city.

Saints Row is a series that badly needed a fresh new direction after the middling reception that Saint Row 4 received. The series had become stale, and thus the Saints Row Reboot comes at a perfect time. The game looks gorgeous, and the humorous and over the top tone of Saints Row seems to be preserved in the game.

However, this does mean that our beloved characters from the previous games like Johnny Gat, Shaundi, and Pearce aren’t in this game. That could change very handily, though, and Saints Row isn’t the type of series known for being subtle about these kinds of things. So, expect a commercial or two with Pearce fighting people while drinking Japanese energy drinks.

The game will releases on February 25th, 2022. Pre-Order the game here.