When it comes to budget smart bands, the number of options out there seems overwhelming. Back when the sudden trend of fitness bands started (e.g Fitbit), everyone wanted to get one. And then started the trend of wearable gadgets. But the fact of the matter is, most high end wearables, be it a smart watch or a dedicated fitness band are pretty expensive for someone who just want to join in on the fun. This is where the budget segment smart bands come in.

Back when Xiaomi unveiled the original Mi Band, it kinda had its day. The small, but sturdy, fitness tracker seemed to do all the things that a more, say flagship tracker does, but on a much smaller (and affordable) level. But one of the things that kept it from really being one of the best was the lack of a display. Which in other words meant that even if you had your phone paired up with the tracker all perfectly,  you’d still have to take a look at your phone after the tracker imbued you with knowledge of an incoming a message alert via a soft vibration motor. Not very smart eh? 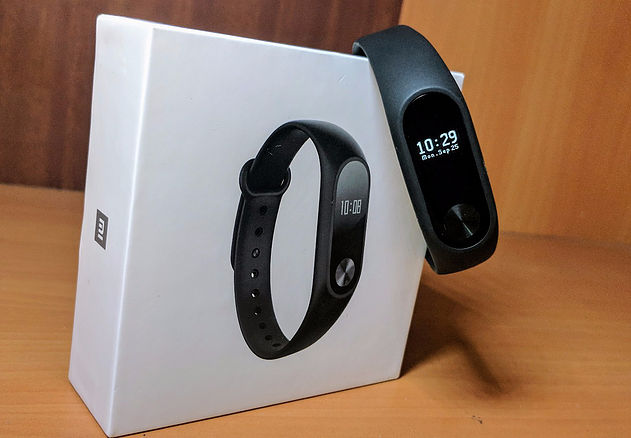 The Mi Band HRX is, simply put, the Mi Band 2 minus the heart rate sensor. The internals basically remain the same but the main thing going for the device are the aesthetics. While it does seem confusing as to why the company would release the same product but without one of its original features, the answer to that can be found not further away from the heavy marketing that has followed.

The HRX on the band basically signifies the collaboration between Xiaomi and Hrithik Roshan’s new brand campaign, one which aims to bring quality apparel to fitness junkies.  Reasons as to why this particular band was marketed as such may be attributed to the sales (or lack theirof) of the earlier released Mi Band 2. While being a pretty good tracking device, the Mi Band 2 also had a slightly larger price tag for a budget category. Given that the device had a heart rate sensor, it probably came down to cutting losses by simply removing it and selling the product as a new, rebranded product, with a reduced price but retaining the ingenuity of the original.

But, all the marketing aside, how does the latest addition to the lineup actually stand?

The tracker, as mentioned, features a 0.42″ OLED display, with a capacitive button for navigation, and an Aluminium casing for protection. Coming to the side which won most fans over when the first version of the band came out, battery life has been substantially improved and Xiaomi claims to it lasting about 23 days on a single charge, which is pretty good considering the meagre 70mAh that is packed inside it. The OLED certainly helps here.While it sounds awesome, it is of course, an estimated figure and can vary on type of usage. An improved pedometer coupled with an equally impressive accelerometer keeps tracks of your steps, calorie burnt and also your sleep patterns.

Coming with an IP67 rating, the band is able to withstand the occasional contact with rain and dust that you’ll inevitably face, and is pretty durable for the rough (or not?) workout sessions that the target audience is expected to go through. Weighing in under just 7 grams, it fits firmly on the wrist and is barely noticeable for all the perks it offers. 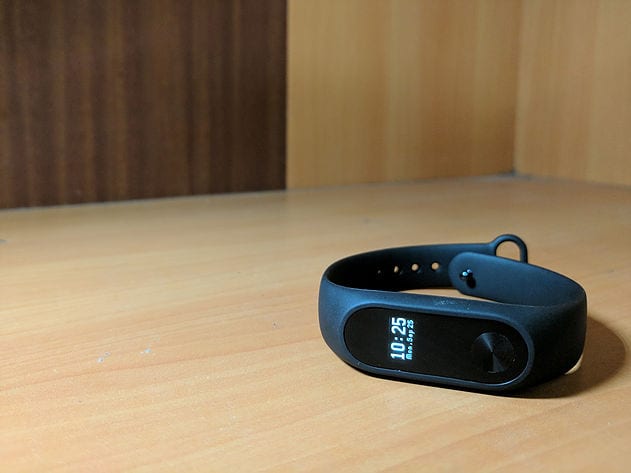 Connecting to the band is also pretty simple. For both android and iOS, you’ll need to download the Mi Fit app (here), and follow the onscreen instructions. The tracker uses Bluetooth 4.0 to maintain a steady connection, although it isn’t always required to check the basic features such as the step tracking. It only needs to be paired with the phone so as to deliver notifications. Coming back to the app at hand, Mi Fit lets you enter you basic details such as height and weight, along with daily goals so that the tracker reminds you go out and achieve them.

A nifty feature of the app, and the tracker by extension of definition, is its ability to sync with popular health tracking apps such as Google Fit and Apple Health. Add to it the nice gesture from Xiaomi of the app carrying over information from any previous smart band you might have used, and it’s a pretty good deal.

Other features on the band include gesture support, the likes of which would help in navigating through the menus without using the capacitive button, and ‘idle alerts’, wherein the band will detect if the user has been inactive for a set amount of time and will give a notification to get up and move around for a bit. The app alerts menu currently limits the number of apps set at a time to just 5, while this could be improved upon by ways of a future software update. What really helps in the display segment here is that the tracker will show the icon of the app whose notification is being received, so you wouldn’t have to check with your phone as much.

The band also supports notifications for custom set alarms, a predominant feature present in most smart bands. While the incoming call notification is nice, what makes it better is that the band will actually show you the caller ID thanks to the display, which is a welcome move. The in-built pedometer also helps in calculating the actual distance that the user has travelled, which gives a nice visual aid to go with the number of steps taken.

All in all, the latest addition to the Mi Band series is a welcome one, and despite the lack of a heart rate sensor it still is a great value for money, considering all the other smart bands out there on the market. Go for it if you want to get in on the fitness band craze but don’t want to burn a hole in your pocket while you’re at it.

The Mi band HRX Edition is available on Amazon and Flipkart, as well as on Xiaomi’s official website (here).

Previous articleBattle of The Giants! Snapdragon vs Kirin vs Apple
Next articleBlade Runner 2049 Review – A Modern Masterpiece

Samsung’s One UI 4.0 Beta Based on Android 12 Coming to S21 Series in August

Samsung's One UI has been tipped for an update and will be called One UI 4.0. Tipster says that the Android 12 based skin...

Poco is back with yet another rebranded Redmi smartphone, dubbed Poco X3 GT. The X3 GT is the third device in the X3 series...

Disney+ Hotstar, a Disney owned streaming service, has announced its new pricing tiers, which will be under effect starting September 1. The Disney owned...
Advertisment