The original Blade Runner was, for the lack of a better term, a divisive film. While criticized when it first came out, the film stood the test of time and went on to become a cult classic, instantly influencing the sci-fi genre and the larger film industry in general. Fans have since then clamored for a sequel to expand upon the narrative ideas that the movie explored, and after many stops, the world is ready to greet the sequel.

2049, as the title suggests, takes place thirty years after the original. The world has moved on from the events that happened in the original and Replicants have a more acceptable role in society now. A quick refresher course on the world of Blade Runner first : Replicants are artificially created humans who were made and used as slave labour on off-world colonies because of their enhanced strength.

While the older models had short lifespans and rebelled against their creators, the newer ones were ‘upgraded’ to be more compliant. And so, the old Replicants were declared illegal on Earth. A special division of the police force, known as Blade Runners are called in to duty in order to ‘retire’ (read: exterminate) the illegal Replicants. 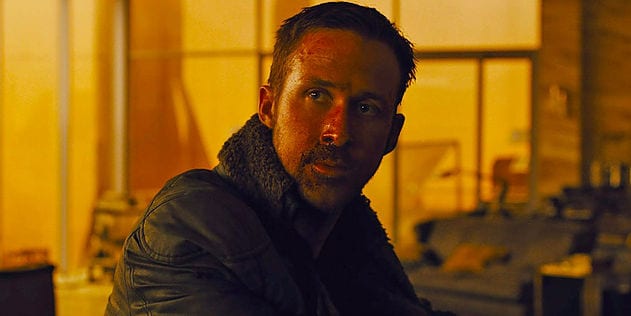 Ryan Gosling plays ‘K’, a Blade Runner who retires illegal replicants who are still on the run and is pretty good at his job. It is through one of these missions that he comes across a certain revelation with a mystery at its center, which if revealed to the world will create havoc in the (mostly) orderly society. When asked to investigate the case further, he is quickly drawn in to events which pose some rather serious questions about replicants and their place in the world. Gosling proves to be a solid lead, with enough mystery and charisma behind him to draw the audience in to his way of work. The lens through which he sees the world seems bleak and hollow, but there’s a lot under the surface of the many deadpan expressions he puts forth.

Harrison Ford returns as Deckard, and as you’d expect, gives a great performance as the retired protagonist from the first film. However, it does take quite some time to get to his return, unlike the last Star Wars (another franchise to which the actor returned, and was almost immediately introduced back). We get to see how the events of the last thirty years have taken a toll on the character and have in some ways, broken him. He’s frustrated, paranoid and cranky, pretty much like most of the other characters he has portrayed in his recent movies.

At the center of all this is the head of the Wallace Corporation, the company which creates replicants, played by Jared Leto who also holds a key interest in this investigation. If you’re wondering what happened to the original company spearheaded by Tyrell, the answer is given fairly early on in the film. Although provided with less screen time, Leto proves yet again that he can pull off a challenging role provided he gets free reign over the direction he is presented with.

However, the breakout performance, or rather performances, are those of three leading ladies, at least as far as story is concerned. Ana de Armas, Sylvia Hoeks & Mackenzie Davis all deliver, with each of them getting to explore specific themes in line with the Blade Runner mythology. Armas in particular does a spectacular job, which not only expands upon the theme of humanity (or lack theirof), but also blurs the line between artificial intelligence and human response, further questioning whether either is superior. 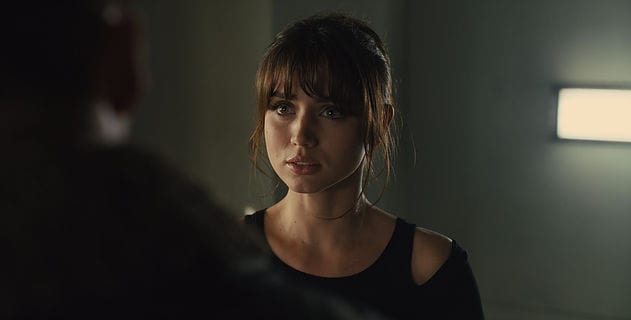 We’ll say this straight up: this is not your typical blockbuster action movie. If it had to be pinned under any specific genre, it’d be mystery. It makes your head spin and wonder what really is going on. The characters come across revelations, which lead them to investigate further and come across more surprises. Speaking of surprises, the film has plenty, which is precisely why this review is going to tread away from the major plot points as you really should go and experience the narrative yourself. Trust us, there is a lot to be dissected from this movie. 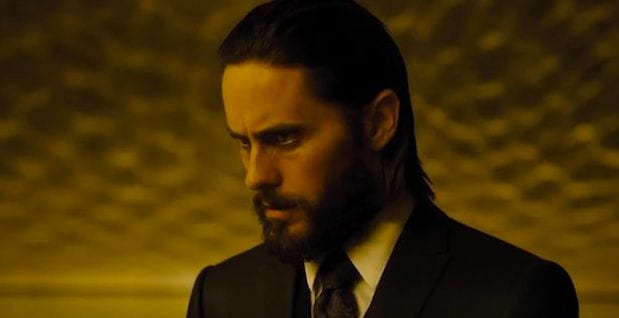 Denis Villeneuve is a master at work here. With acclaimed films such as Arrival, Sicario & now this movie, he has proven that his vision is something to cherish as the current climate of Hollywood changes. He has created a true Blade Runner sequel here, which is to say the movie follows in footsteps of the original more so than what people might have imagined. As mentioned above, this is no action movie.

The movie explores subjects like AI, human enhancement, artificially created humans and implores the audience to think what really sets them apart, and who is more…”human”. It brings forth hotly debated issues like artificial partners, environmental issues such as desertification, pollution, and Metropolitans with flying vehicles, sky-high skyscrapers, congested slums, no trace of organic scenery, and a society where the public is completely oblivious as to what’s actually happening behind the curtains of the corporate world.

So if you’re one of those people who’ve been waiting for over 35 years for the sequel, fear not. You’re in for a treat. With Ridley Scott’s vision still intact, the sequel opens up the world to bigger possibilities, the least of which can be attributed to the look of the film.

What does it mean to have a soul?

Coming to visuals, Roger Deakins (director of photography) has done an absolutely terrific job at crafting the look of this world. Hot on the heels of the first movie, this one advances the technology we saw in that one through the eyes of the characters in this world. Which means, while a lot of the CGI present here might remind you of certain other sci-fi films in recent memory, the visual aesthetic is completely different. Continuing the work of Ridley Scott must have been a hard job and it truly shows here, as it is the same world, only slightly advanced as it was in the original.

Each frame is meticulously crafted. Each beat of the soundtrack is matched perfectly to the scene we’re in. And since we’re talking about the soundtrack, here’s a few thoughts. 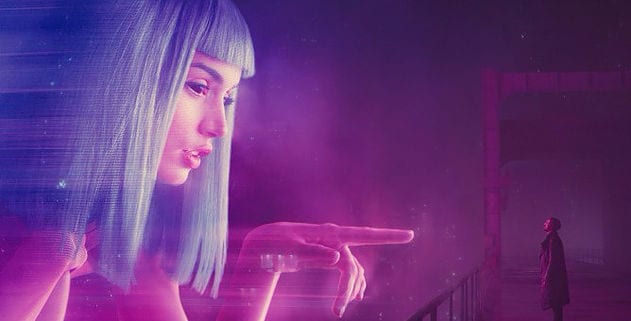 The original film was quite renowned because of it’s loud and ambitious soundtrack, one which influenced any cyberpunk films which came after. This time though, the filmmakers opted to honor the legacy of the original by pulling out strands of music from the original and using them in new, creative ways. However, if the question arises about whether this time it’ll be as influential or memorable, we would have to say no to that. While it’s equally loud and ambitious, it remains just that, never quite surpassing the expectations.

To sum it all up Blade Runner 2049 isn’t your average action-thriller. It’s not just violence, blended with a shit-ton of action. It is the culmination of many of deep and thought-provoking ideas. It compares the future, present and past. Really makes you wonder if we are heading towards a similar world and whether it can actually be avoided and if yes then at what cost. At the cost of progress?

Really makes you wonder if we are heading towards a similar world and whether it can actually be avoided and if yes then at what cost. At the cost of progress?

Villeneuve has crafted a beautiful world with characters posing important questions about the nature of humanity. Watch it on the biggest screen possible. With rich visuals and a deep, effective narrative, Blade Runner 2049 proves to be one of, if not the best sequels of all time, ready to be regarded as a piece of art, cherished by the film community and the larger public in general in the years to come.