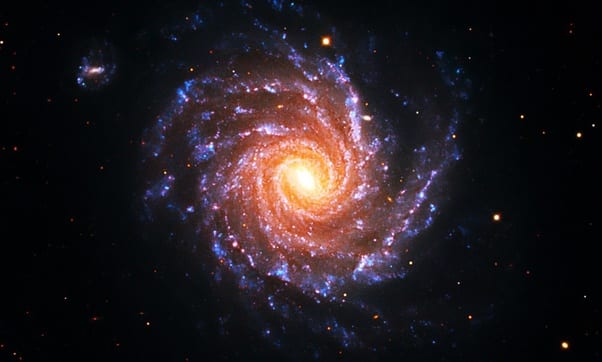 A scientifically mysterious ‘lonely cloud’ bigger than the Milky Way has been discovered by a research team at The University of Alabama in Huntsville (UAH). The team discovered the massive cloud in a cluster of galaxies where thousands of galaxies are bound together.

The so-called orphan or lonely cloud is made up of hot, glowing, and charged gases and has remained the same for hundreds of millions of years after removal from its host galaxy. Its total mass is 10 billion times the mass of the sun with a temperature of 10,000-10,000,000 degrees Kelvin (K). Checking the temperatures and velocity, the scientists concluded that the lonely cloud may have been ejected out of one of the cluster’s galaxies, as it is not associated with any galaxy.

The Leo Cluster, also known as the ‘orphan cloud’ was discovered in Abell 1367. A1367 is home to about 70 galaxies and is located around 300 million light-years from Earth. It was achieved by a group of scientists led by Dr Ming Sun, an associate professor of physics at UAH, which is a part of the University of Alabama System. The research paper was driven by Dr Ming’s UAH postdoctoral researchers, Dr Chong Ge and Dr Rongxin Luo.

Ming Sun, an associate professor of physics at the University of Alabama in Huntsville (UAH) said, “This is an exciting and also a surprising discovery. It demonstrates that new surprises are always out there in astronomy, as the oldest of the natural sciences. ESA agrees as our discovery was selected as an ESA image release, which has been very selective.” Sun, who led the team, claimed that the giant cloud in the region is known as ‘galaxy’s land’ since it is not associated with any galaxy.

“The ‘lonely cloud’ was serendipitously discovered in our XMM data that took the X-ray image of the cloud. The optical data come from our VLT/MUSE data and confirm the cloud is located in the cluster.” added Dr Sun. He is the principal investigator for the XMM and VLT/MUSE data.

The scientists concluded that the ‘lonely cloud’ bigger than the Milky Way must have emerged from an existing galaxy in the cluster, based on its temperature and velocity. Researches explained how unusual it was for the cloud to have remained intact and sustain for thousands of millions of years without a galaxy to support it.

Usually, a cloud is cold and frigid after removal from its host galaxy and evaporates in the intracluster host medium, much like ice melting in the summer but the lonely cloud’s surprising longevity may have something to do with the magnetic field in the cloud, researchers think. They believe that the magnetic field of the cloud is holding it together, without which it would dissipate.

Along with future studies, this knowledge could help scientists better comprehend why some orphan clouds manage to survive after being ejected from a galaxy and get further insights that may help understand galaxy clusters and their characteristics better. Additional research is to be done to figure out what new information this ‘lonely cloud’ bigger than the Milky Way or similar clouds could provide about stripped interstellar mediums, as well as the effects of turbulence or heat conduction on them.