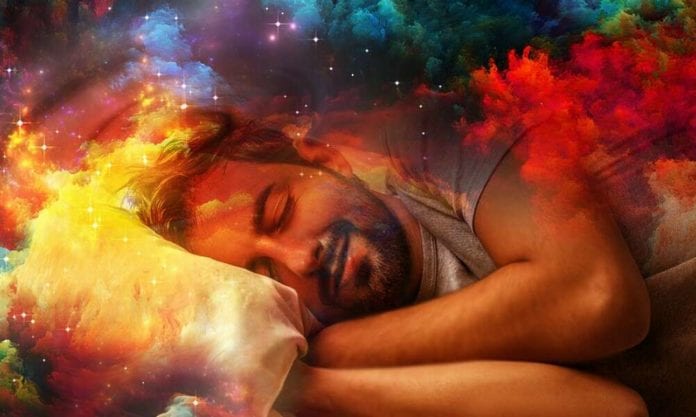 DREAMS! Who doesn’t know what they are? Factually put, the most commonly known definition would be, “a series of pictorial representation or events one experiences while asleep is a Dream“. But what else do we know about dreams? Do they mean something in particular? Is there a psychological explanation behind the nature and events in dreams?

Everybody dreams while sleeping, and they might fall within a range of emotions. It could be horrifying, pleasing, amusing, or anything at all. Sometimes, dreams are just weird and unexplainable. Other times, they could be quite direct too. They however don’t reveal the reason we dream.

According to researches, we spend almost one-third of our lives dreaming, i.e. approximately six years of an average human life. An adult dreams for about two hours each night where the duration varies from five to twenty minutes. In fact, one might usually get several dreams in a night. Though 95% of them are mostly forgotten by the time we wake up.

Dreams mostly occur during Rapid Eye Movement or REM sleep. However, sleep occurs in several stages and there isn’t a hard and fast rule as to where exactly a dream begins. Our sleep is divided into five parts:

Even though there are enough databases on the importance of sleep and its various other functions, the same hasn’t been discovered about dreams yet. However, many explanations about the purpose a dream serves have come up (as listed by Medical News Today). Some of the are-

It is found that people most likely dream about what they’ve been thinking of right before falling asleep. Recent researches also show plenty of psychological statements, bringing in a new perspective to the motive of dreams. With technologies advancing each day, it might also be possible to go into further depths as well.

The complexity of dreams comes in many facets. There is so much we are unaware of. Let’s go about it one by one.

What is a nightmare?

A horrifying or bad dream is what we classify as a Nightmare. One usually feels disturbed and anxious after waking up from a negative dream. It can happen to children as well as adults. The reason might be a traumatic incident, stress, fear or illness (amongst many others).

The recurrence of nightmares could also be an indication of something from your subconscious. If the severity increases, you should see a mental health expert or a psychologist who can help you out and guide you better. It must be kept in mind that at the end of the day, these are only nightmares and are unlikely to happen to you in real life. However, it could indicate deep psychological trauma, fear among many issues.

Sigmund Freud believed that dreams do have a larger purpose and if studied in detail, could actually help us in discovering our hidden desires. This, however, is a quite debatable belief varying from person to person. What we do know is that some themes are common to all while dreaming. It might be based upon the primary needs of human beings. Psychologists have identified them as dreams about:

Other roles of dreams

It should also be noted that factors such as food, health conditions, day-to-day activities, medication etc. have a major influence on our dreams.

It is reported that people mostly dream in soft pastel colours. However, older citizens above the age of 55 have experienced black and white dreams too. This could be a result of a lack of exposure to colours in childhood. Conversely, people below 25 have hardly come across such dreams.

Similarly, the type of dream a female encounters is different from that of a male. Women dream more about conversations while physical activity is more common in a man’s dreams. Interestingly, it is also found that men dream about other men more often than they dream about the opposite sex. On the other hand, women tend to dream equally of both genders.

A dreamer can control what he/she wants to dream about. This is called Lucid dreaming. It is said to be an amalgamation of both conscious state and REM sleep. It isn’t an often occurrence though. With this, you can alter the storyline of your dreams but it is advisable to let them flow naturally.

Dreams may not predict the future or tell one the forthcomings of life but they surely do reveal a lot of intricacies we possess as an entity. Some dreams are merely silly and pose no sense at all. Nonetheless, a few dreams may turn out to be pretty useful too. Well, in all good faith they are a fine source of entertainment. Happy dreaming, fellas!