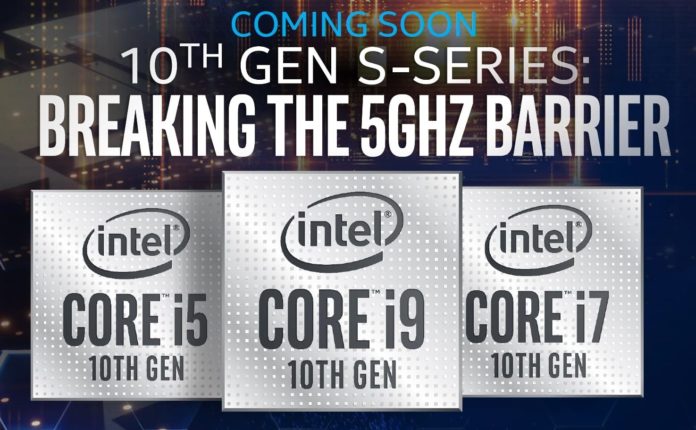 Intel is getting ready to launch its 10th Generation Comet Lake-H chips in the near future. These chips will be powering the next generation of high-performance gaming laptops.
Now, the benchmarks of the flagship CPU of this upcoming series, the Core i9-10980HK have been leaked, and they really blow the competition out of the water with its unprecedented performance scores.

The leak was revealed by a well-known tipster via Twitter. The benchmarks are from a Geekbench listing of the said processor and show the Intel Core i9-10980HK running at a boost clock speed of up to 5.27 GHz. The listing shows a median frequency of 5.241 GHz and a minimum boost frequency of 5.075 GHz. These clock speeds make this processor the “fastest mobility Core i9 chip ever produced.”

The chip scored a remarkable 6,321 points in the single-core test while the multi-core score was equally impressive at 32,038. The results were uploaded on the site on 2nd March.

The 10th Generation Intel chips are also confirmed to have support for NVIDIA Turing architecture-based mobility GPUs. So, we can expect some really powerful configurations whenever these chips come out.

Now, as we always mention in all other leaks we cover, these scores and clock speeds aren’t official and should not be trusted blindly. However, if they actually turn out to be true, we can expect some absolute beasts powered by these chips.

There’s still no official date or timeline of when these chips will be officially released by Intel and these leaks are only increasing the hype and excitement.