Search
Home News PC Hardware Intel Claims That Their Alchemist GPU Would Be On Par With The...
Facebook
Twitter
WhatsApp 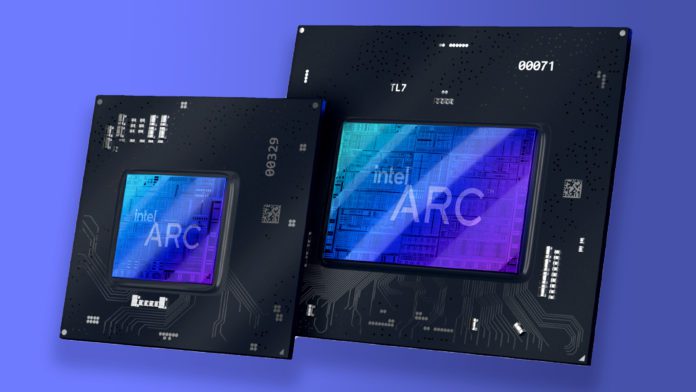 While the GPU availability may not have been the best this year due to Crypto Mining, one thing that got most of the Gamers excited was when there were a lot of leaks and rumours surrounding that Intel would also be entering the GPU market and would soon be announcing there own GPU. Now that Intel has officially announced that they would be launching their first GPUs in Q1 of 2022, they have even started to claim that their Alchemist GPU would be on par with the RTX 3070.

Greymon55, who mainly provides leaks on Twitter, states that Intel is targeting the performance of its competitors’ decently powered graphics cards. According to him, Intel’s slide show shows that the card is a 175-225W card, which also confirms a lot of previous leaks that stated one of the Intel Alchemist GPUs would be competing with the RTX 3070.

If what Intel claims is true, it would be interesting to see how both the cards would compete. The RTX 3070 is listed with a TDP of 220W, while the RX 6700 XT is rated at 230W, seeing what Intel claims their card would offer very similar performance as it tops at a TDP of 225W.

Furthermore, as Intel has confirmed it will be using TSMC’s 6nm process node for Alchemist, that card is said to have a slight advantage in terms of process node performance next to Nvidia and AMD’s existing GPU lineups. Even the Xe-HPG architecture at the core of Intel Alchemist will need to have a very power efficient core to go head-to-head with the Ampere and RDNA 2 architectures. The Xe-HPG is said to be getting optimised for gaming first so that it would push much better frame rates.