Search
Home News PC Hardware Intel (Tries to) Explain why they are better than AMD for Real-world...
Facebook
Twitter
WhatsApp 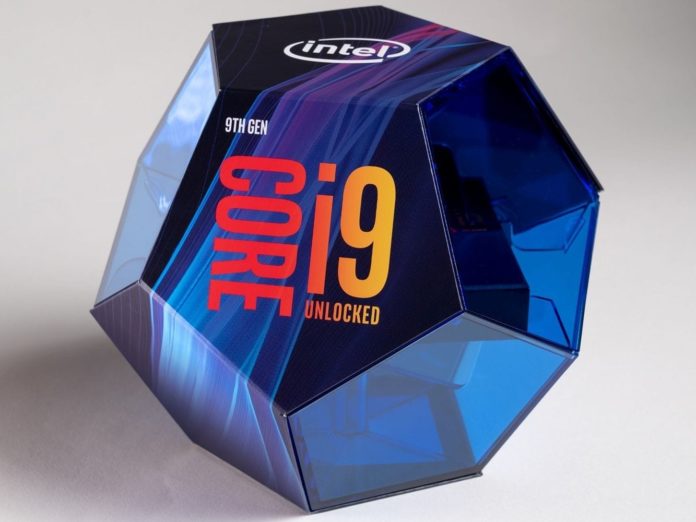 Just a few days back we reported about Intel’s assertion of being faster than AMD at gaming. We agreed with that statement but concluded that the difference just isn’t big enough to call Intel’s CPUs as the only undisputed choice for gamers since AMD’s 3rd Gen Ryzen 3000 processors are more than good enough to provide a nearly similar experience at much lower prices.

Now, Intel went one step further by claiming that 9th Gen Core i7-9700K and i9-9900K processors are also the better real-world performers. This isn’t the first time Intel has stated this. In fact, they have been saying it since Computex. This time, however, they made sure to make a few PowerPoint slides too.

The company used BAPCo’s Sysmark 2018 benchmark suite to evaluate the performances. Intel believes that Sysmark gives a realistic idea about real-world performance as it comprises applications of daily use (read: it favors Intel chips like Userbench).

WebXPRT was used to test the performance of the CPUs in a variety of web scenarios. This is perhaps the most vital test of performance as nowadays the vast majority of PC users remain active on the internet in some form or the other.

Intel noted that the Ryzen CPUs have significantly higher memory latencies due to the use of Infinity Fabric interconnects. As a result, they are slower than Intel in Fluid Simulation tasks.

While we do agree with the statement, we are not sure how Fluid simulation can be classified as a daily usage test. Furthermore, using faster memory eliminates that problem for the most part. It’s better than using the same process over and over again with minor to no improvements.

After that, it was the turn of the “Intel is better in gaming” slides with a bunch of popular titles, and to nobody’s surprise, the higher clocked Core i7-9700K was ahead.

The final performance summary slide shows both of Intel’s CPUs being slightly ahead of the 7nm Ryzen 9 3900X while being much slower in Cinebench R20 rendering performance and as per Intel’s slides, rendering is a niche work case so it should not be considered as a victory.

Basically, Intel is trying to imply that their CPUs are better choices for a variety of workloads while AMD’s is only faster in a few niche applications. Is that convincing proof that we should start recommending the Core i7-9700K and the i9-9900K CPUs instead of the Ryzen 7 3700X and the 3900X?

The answer is still a simple no.

With the Ryzen 9 3900X, AMD has managed to bring HEDT levels of performance into the mainstream desktop without raising price levels, a seriously commendable feat.
HEDT has always been a niche market so Intel’s argument makes little sense.
The 3900X provides much better multi-threaded performance and almost comparable performance in other “Real World” tests, even according to Intel’s own numbers, while not costing more.

Of course, we still recommend the Core i9-9900k as the best gaming CPU for high refresh rates and very high-end gaming but that in itself is also a niche market since predominantly most gamers own 90Hz or below refresh rate panels.
So should we stop recommending Intel’s CPUs for gaming too?

AMD tried pulling a similar feat when they released a video back in 2016 (aka AMD Faildozer days) to prove how CPU-only tests were not indicative of real-world performance.

Luckily for them, Zen turned out to be much better or else we would have seen them crying foul instead, the same way Intel is doing now.