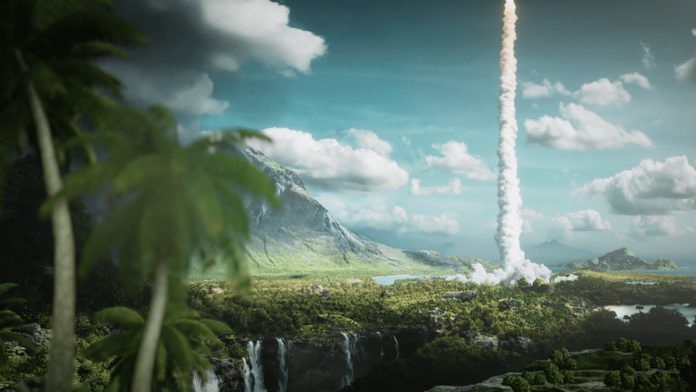 Gears 5 is the latest entry into the Gears of War franchise that started 13 years ago! Yes, that’s right! Its been 13 years since the first Gears of War game came out and by the looks of Gears 5, the series is still going strong. I’ve been playing Gears 5 for some time now and even though I haven’t made it very far in the campaign, I’ve spent a lot of time admiring and visuals and reminiscing about how much fun I had back in 2006 when I experienced the kick-ass cover-based shooting system that the first game introduced.

I was a huge fan of the Gears of War franchise but sort of drifted off after the third part. Having skipped 4 and then playing Gears 5, reminded me exactly why I loved the franchise so much. It’s got everything! “Flagship” graphics, solid storyline, gore, amazing gunplay and mechanics, all working together to make one of the best cover shooters of all time.

Gears 5 picks up after the 4th instalment where the focus shifted to the new generation of COGs. This time we get to play as Kait trying to uncover secrets about her family and origins. Not getting into spoiler territory, let’s talk about how the game looks, sounds and plays.

It’s quite obvious but this is the best-looking Gears of War game till date. The Coalition has done a great job optimizing it because it runs like butter. But I play it on an 8700K, 2070 Super rig so it better run like butter! The visuals look stunning as you’d expect out of 2019 AAA game. The environments look even more immersive with improved lighting and shading. Even at 1080p the textures look crisp. The background score adds to the immersion as it gets louder when you’re about enter combat and drops as soon as you kill the last enemy, something that continues from the previous games. And, Gears of War is known for its iconic Lancer gun with a chainsaw attached to it so you can cut through those locust S.O.Bs when they get up close. This time they’ve added one with a Lancer with a grenade launcher as well. Take that you locust scum!

Gears 5 has definitely rejuvenated my love for the franchise and I’m eager to see what The Coalition does next with the series. Also, stay tuned for a Multiplayer review coming soon!