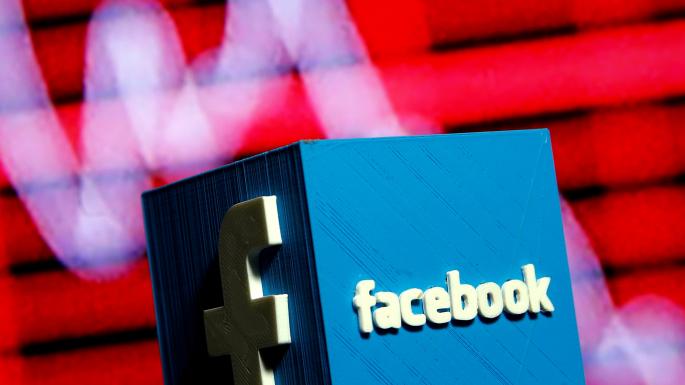 Facebook, Cambridge and Mark Zukerberg have been the focus of my memes and sub-reddits since the past few days now. Well, who knew sharing your life events and personal tastes, and consuming content -news, videos, apps etc. on Facebook was a bad idea. 50 million users do now. Facebook’s top security chief has been fired, Cambridge Analytica’s CEO has been fired and stocks for both these companies, especially Facebook has plummeted. Things were going swimmingly for Facebook, how did it come to this?

I am glad I deleted Facebook. I do not feel comfortable having strangers try to manipulate me psychologically by stealing my information and analyzing me. #DeleteFacebook

Privacy may not be the foremost thing on your mind…but it should be. The data leak scandal involving Facebook and Cambridge Analytica brings to light a lot of problems which may be associated with a more connected world. This is the biggest data leak scandal ever reported.

Cambridge Analytica LLC(CA) is a privately held company that combines data mining, data brokerage, and data analysis with strategic communication for the electoral process.(TL;DR: voter profiling) It was created in 2013 as an offshoot of its British parent company SCL Group to participate in American politics. Ted Cruz election campaign of 2015 and (allegedly) Trump campaign of 2016 for presidency utilized the services of this company to target ads and other promotional material according to audiences.

Cambridge Analytica supposedly used a technique called psychographics, which involves building a detailed psychological profile of a user that will allow a campaign to predict exactly what kind of appeal will be most likely to convince any particular voter.

A widely read January 2017 article in Motherboard points to a September 2016 talk by Cambridge Analytica CEO Alexander Nix in which he described the technique:

Nix shows how psychographically categorized voters can be differently addressed, based on the example of gun rights, the 2nd Amendment: “For a highly neurotic and conscientious audience the threat of a burglary—and the insurance policy of a gun.” An image on the left shows the hand of an intruder smashing a window. The right side shows a man and a child standing in a field at sunset, both holding guns, clearly shooting ducks: “Conversely, for a closed and agreeable audience. People who care about tradition, and habits, and family.”

A psychology professor named Aleksandr Kogan who was working with Cambridge Analytica used data from Facebook by using Facebook APIs which were available back in 2014 to create an app through which users opted into a quiz. This quiz let them take an online personality test and gave permission to Kogan to collect users’ personal data. However more importantly, it allowed Kogan to mine personal data of users’ friends on Facebook. Kogan promised Facebook that this was academic purposes only but instead, used this data for psychographics for Cambridge Analytica. This allowed Kogan to get a database of about 50 million American users which was used for profiling of voters.Luckily Facebook was aware of this leak back in 2014.

Facebook clamped down HARD on this and many of the other companies which illegally use data collected on Facebook – openly flouting the rules set by Facebook and agreed by these data mining companies on use of such data….

Facebook tried to sweep it under the carpet. No proper security measures were implemented by Facebook and glaring loopholes remained in the system…until a few employees at Cambridge came forward and blew the whistle on this shameful scandal.

Sandy Parakilas, a platform operations manager at Facebook responsible for policing data breaches by third-party software developers between 2011 and 2012 puts the security issues concisely:”My concerns were that all of the data that left Facebook servers to developers could not be monitored by Facebook, so we had no idea what developers were doing with the data,” Parakilas told The Guardian. “Once the data left Facebook servers, there was not any control, and there was no insight into what was going on.”

Many companies like Cambridge Analytica offer their services to political campaigns in countries across the globe. However, links to Russia of CEO Alexander Nix makes this scandal intriguing and worrying for America. Whistleblower Chris Wiley who worked at Cambridge Analytica alleges the following:

These allegations -if true, would be groundbreaking. The mere fact that Facebook allowed so much nominally private data to leak to third parties would be embarrassing enough. Involvement of Russia makes it an issue of American security.

Facebook is under scanner from a host of regulators including regulators in EU and USA. Lawmakers in USA and EU are seriously debating new laws to safeguard user privacy. Facebook’s market value has taken a pummeling and its shareholders are worried (usually a bad omen for companies). The steps taken by Facebook from here on out will make or break Facebook’s future.

On social media you are the product. The companies looking to use data to find and/or manipulate your interests are the customers. Profiles created through virtual networks are used to predict human behavior and manipulating it. These models are quite accurate and raise quite a few moral problems. The part of you which you want people to see (your image) is no longer in your control in a world where your personal data is used without your permission. You can also be blackmailed by someone who pays a company to get hands on your personal data. Moreover, you may be manipulated into doing things which you normally wouldn’t have done and/or aren’t in your interest. Your freewill wouldn’t be all that free of a will once this happens.

This scandal right here, may be a watershed moment for social media and public concern about privacy.