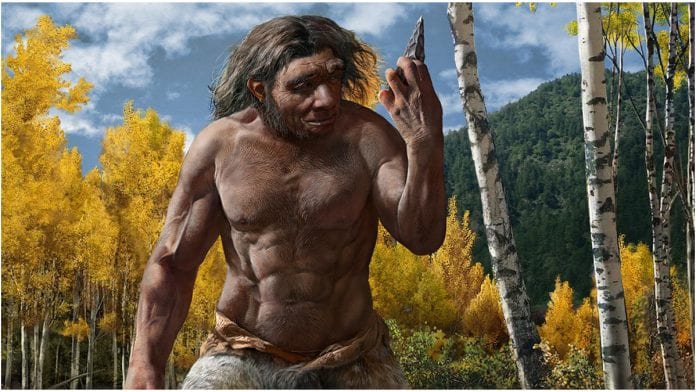 Chinese researchers have unveiled a near-perfectly preserved ancient human fossil sitting in an abandoned well for 85 years. A labourer came across the fossil at a construction site in China. This new human species has been nicknamed “Dragon Man” or Homo longi, from the Chinese word ‘long’, which means dragon.

The ancient skull could belong to an entirely different species of Homo sapiens but is supposedly more closely related to humans than the Neanderthals, our closest evolutionary relative known to date. Neanderthals, the oldest Homo sapiens ranged from Europe to Central Asia during the same period when the Dragon Man may have existed.

The massive fossilized skull of Dragon Man is at least 146,000 years old and represents a human group that lived in East Asia. It belonged to an adult male, approximately 50 years old, with a gigantic brain, enormous brow ridges, hollow square eye sockets, oversized teeth, a hint of the bulbous nose, and a wide mouth.

Dragon Man existed at a time when a variety of hominins coexisted, including Homo erectus, tiny hominins like Homo naledi, Homo floresiensis, and Homo luzonensis in the Philippines, Indonesia, and in South Africa respectively. Given the location where the skull was found, research suggests that Homo longi had learned to adapt to harsh environments that allowed them to disperse throughout Asia.

The history behind the discovery of Dragon Man

The skull of Dragon Man was reportedly discovered in 1933 by a labourer working at a bridge construction site in the city of Harbin, in Heilongjiang province, which when translated means Black Dragon River, from where the specimen gets its name. Suspecting its cultural value, the man smuggled it home and hid it from everyone as he didn’t want to hand over the skull to Japanese authorities who occupied northeast China at the time. The construction worker tucked the skull away at the bottom of his family’s well, where it remained concealed for more than 80 years.

According to reports, he was ashamed of having worked for the Japanese and hence did not mention the skull to anyone for decades. On his deathbed in 2018, the labourer told his family about the location of the fossil and the family then donated it to the Geoscience Museum of Hebei GEO University, which is how it ultimately got into the hands of scientists.

Prof Qiang Ji, from Hebei GEO University, is of the opinion that it is one of the few complete early human skull fossils to have ever been discovered. The researcher further explained, “It has a mosaic combination of primitive and more modern features, setting itself apart from all the other species of human.”

“We found our long-lost sister lineage,” said Xijun Ni, a co-author of the study. He is a paleoanthropologist and a professor at the Chinese Academy of Sciences and Hebei GEO University in Shijiazhuang. According to him, “It is widely believed that the Neanderthal belongs to an extinct lineage that is the closest relative of our own species. However, our discovery suggests that the new lineage we identified that includes Homo longi is the actual sister group of H. sapiens.’’

The scientists believe that Dragon Man was very large in size and powerfully built but since his skull was removed from the site in which it was found originally, little is known about his way of life as there is currently no archaeological context, such as stone tools, or any other elements of a culture or civilization.

The fossil of Dragon Man is one of the most complete human cranial fossils in the world and could change the prevailing notions about the human family tree. Its many preserved details are critical for understanding human evolution and the very origin of our species — Homo sapiens. It just might become our closest relatives ever found, reshaping our whole evolution history.

In order to figure out how Homo longi fits the human family tree, its anatomy was compared to 54 hominin fossils. The results revealed that it belonged to a lineage that includes the jaw in Tibet, identified as a Denisovan. The Denisovans were first recognized from DNA retrieved from a 50,000-30,000-year-old finger bone found in the Denisova Caves of Russia.

The DNA of Denisovans evidently shows that their closest cousins were Neanderthals but the new study, based on fossil anatomy, reveals instead that Homo longi and Homo sapiens are more similarly related to each other than to Neanderthals.

Another group that recently published details of remains from Israel that belongs to a probable precursor species to the Neanderthals is of the belief that Dragon Man descended from the humans that first emerged in the Levant region. However, the Chinese scientists remain adamant that the hard-to-classify fossils acquired from East Asia depict the progressive evolution of a new species. Prof Ni, co-author of the study from Hebei GEO University said “The results will spark a lot of debate and I am quite sure that a lot of people will disagree with us, but that is science and it is because we disagree that science progresses.”