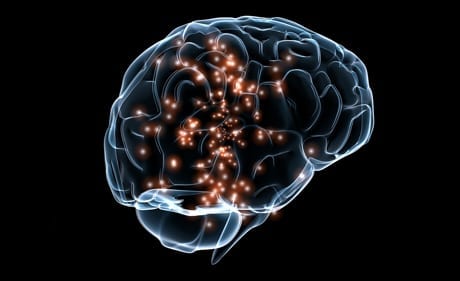 The human body is a wonderful amalgamation of many parts that perform intricate and highly specific functions. Of these parts, perhaps the most important is the human brain, which contains all the information we need to function in our daily lives. Even though we use only a fraction of our actual brain capacity at any given time, our thoughts tend to get muddled up more often than not, and as a result and we get stressed, sometimes over the most unnecessary of things. This is a byproduct of the times we live in; the digital age allows for an unprecedented amount of information at our disposal, accessible in only a moment. As such, expectations what can and cannot be done increase dramatically, and this in turn causes stress, which of course, results in reduced focus in every task.

However, even though technology seems to be the bane of our daily life, it can also be used for good. The concept of re-wiring the brain is popular for making positive changes to one’s life, and it has taken the world by storm in the wake of several advocates for a more relaxed lifestyle. People want to ensure that they are living in the most comfortable way imaginable, and sometimes, this may require some kind of help as it may be difficult to isolate issues and work on them. Recently, I had the opportunity to take such a program with Dharma Life Sciences, and it was a wonderful experience that showed me the benefits of rewiring your brain. In this post, I’ll be sharing some of my thoughts on the program and how it had an impact on me.

I started the program in July of this year, opting for the Student Success Program, which focuses on improving the overall aspects of student life as they deal with the every day pressures of a hectic college life. The way the program was structured was a three step process which was to take place in phases over the course of 8 weeks. I was assigned a mentor and had sessions once a week over the phone, with each session lasting 1 hour. I could schedule the time of the session every week, so I could plan my schedule in such a way that the session fit right in. It may seem like an insignificant thing, but it was immensely effective in improving the quality of the sessions.

The first couple of sessions were dedicated to completing the first step of the program, which was isolating a particular trait to improve. The quality I was to work on was the reduction of overall stress that I felt during college; the traits, more often than not, are factors that can be detrimental to student life and contribute negatively to a student leading a healthy lifestyle. The program hinges on the successful finding of a trait that actively hinders one from achieving their goals. This involved my mentor finding out more about me: my personality, quirks, likes and dislikes, etc. It was great to see a professional interpretation on what I assumed were typically routine observances, and it was eye opening to see how many interpretations of an incident could rise from the standpoint of a personality trait. Once this was completed and a trait was isolated, the actual rewiring began.

The rewiring was mainly done through an app that contained little games that assist the brain in the rewiring process. The games included exercises like filling in the blanks, choosing the best scenario, a crossword, etc. It was required to play the games for at least 15 minutes every day in order for effective rewiring to take place. This was an imperative step as the brain responds to repetition, much like our muscles. When one exercises, results are shown after a period of time when the same exercise is repeated every day. Similarly, the brain automatically rewires itself to think in a more positive fashion when the games are played again and again. Even though it can tend to get a little repetitive, it’s extremely important to follow through. The games themselves aren’t challenging or hard, and some, like the crossword, are very easy to pick up and have fun with.

The 3rd to 8th sessions were then a back and forth regarding the results of the games and how the rewiring was having an effect on me and my life in college. We discussed my responses to the questions in the games and various hypothetical scenarios that would have similar decisions to be made. In the later sessions, I had to maintain a journal where I recorded any thoughts that might lead to the triggering of trait that was being worked upon, and the discussion revolved around these entire as well. To my delight, I found there was an internal positive change that I began to notice overtime throughout the sessions.

The beautiful thing about the rewiring process through the app is that its not very hard to tell if there has been any change, meaning that one doesn’t have to spend a lot of time consciously looking for a change; you can feel confident that the change will occur gradually. There is a number percentage that shows what the improvement is as well, so you can track how far you’ve come. By the end of my course, the percentage had jumped to a 70%, which is a far cry from the initial 47-50% it was initially at.

Over time, the way I perceived things became slightly different; not so radical so as to overhaul my perception in its entirety, but significant enough so that I could make small changes to my every day life. I started to not make mountains out of molehills; assignments being submitted slightly late didn’t unnecessarily stress me out and impending deadlines didn’t seem completely unattainable, to name a few instances.

Overall, there was a reduced amount of stress that I had in normal situations, which was the original goal of the program in the first place.  These were also reflected in the app as Real World Actions that could be recorded and discussed with my mentor, which was a huge benefit as any possible change could be looked upon with an analytical eye and through a psychological lens.  By the time the 8th session came around, I could notice a positive change in my thought process and how I handled stress.

It’s clear that the Dharma Life Sciences Student Success Program is one that is immensely beneficial to students around the globe. It can improve your handling of stress in college and it can facilitate positive changes in your life. I would whole-heartedly recommend it to any student who is going through a rough patch and wants to see a positive change created in their life.