Home News Gaming Cyberpunk 2077 Has Gone Gold – What Does That Mean For The... 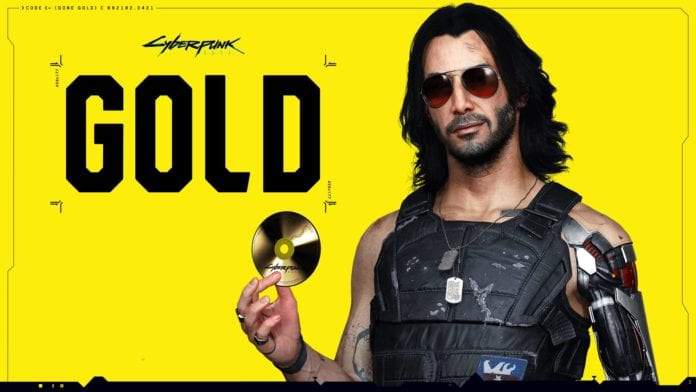 Cyberpunk 2077, easily the year’s most anticipated game right now, has just gone gold. The developers announced the news on their social channels that the game is now complete and ready to be shipped. But where does this leave the already announced crunch period?

Cyberpunk 2077 is no stranger to delays, as the game was originally set to release earlier this year in April. The game was first delayed to September, and then finally landed on the November 19 release date. Just recently we got to know that CD Projekt Red was mandating a 6-week long overtime work for employees leading up to release. Adam Badowski, Head of Studio at CDPR added the following for clarification regarding the news-

Of course, crunch culture is nothing new in the games industry. CD Projekt RED though is an interesting case. The studio has time and again provided more value to the day 1 purchase of their games than most other studios. Their games have always been heavily regarded as free of the imperfections that bog down other games of similar ambitions (read: most ‘AAA’ games recently). Perhaps part of this perfection comes from the crunch culture that the studio periodically, particularly towards launch, engages in.

Badowski’s previous comments on Bloomberg’s initial reporting of the crunch announcement pointed towards a hasty run towards the deadline of the release date. However, with the game now gone gold, the only logical step remaining in the development cycle is further optimization.

The day 1 version of the game certainly (or at least, hopefully) won’t include too many bugs or bad performance. If Cyberpunk 2077 developers are still to engage in massive overtime work (crunch) leading up to release, then it could potentially result in a humongous day 1 update/patch, something I don’t necessarily see CDPR delivering since they so pride themselves in delivering as much of finished product as possible. But then again, the game will feature a host of next-gen specific features, some of which might be delivered via updates.