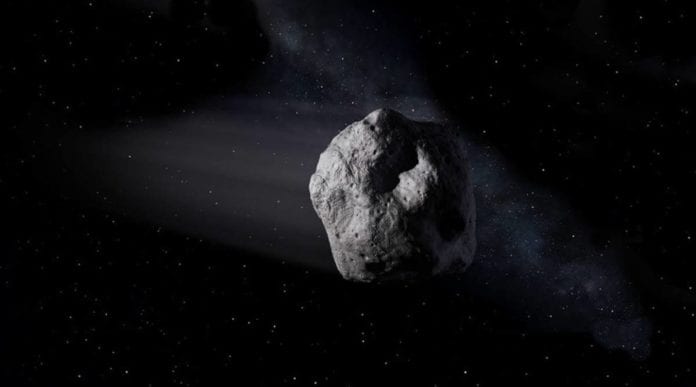 An asteroid is a common thing to spot in the Solar System. From the early days of its formation, our Solar System has had chunks of rocks flying around, going world to world, and reshaping the terrain on whatever planet they crashed on. Earth has had a long history with asteroids, as is the case with all other planets. The very structure of Earth bears heavy influence from the various impacts that have happened in the past. The first step in ensuring that this does not happen again without our knowledge involves knowing where all the asteroids are.

It is for this reason that researchers over the decades have built extremely complex models and simulations to figure out the numbers and distribution of these free-floating rocks in our Solar System. One of the results of this labour has been the prediction that there are asteroids less than one km in diameter, orbiting the Sun closer than Venus is. This prediction might not sound that unbelievable, but all the attempts to verify this prediction had failed. In a new study, Astronomers working with the Zwicky Transient Facility say they have found an asteroid that almost fits the description.

The researchers have discovered one that is about two km in diameter. The researchers are waiting for a confirmation of this discovery; if and when that is made, the asteroid population models that are currently in use will have to undergo some degree of an overhaul. The new addition to the Solar System family has been named 2020 AV2. It has an aphelion of 0.65 AU, which is quite small for an asteroid. One can imagine the surprise of the astronomers when they discovered this abnormality near the Sun.

One of the reasons behind this surprising discovery could be that 2020 AV2 is part of an unknown population, which would mean a lot of revision in our prediction systems. Another reason could be that it is perhaps the largest specimen of that population, making it an anomaly. Out of a million known asteroids in the Solar system, only a small fraction orbit the Sun completely inside Earth’s orbit. Even a smaller fraction does so within Venus’ orbit. These rare rocks are known as Vatiras. If this one is the biggest among the asteroids orbiting the Sun so closely, this discovery makes sense as the biggest one is the most likely to be found.

Researchers think that 2020 AV2 is likely headed for a grim end. It will likely crash on either Venus or Mercury or be ejected out of the Solar System due to some unfortunate gravitational interaction. Whatever the fate of this particular asteroid maybe, we need to quickly find out more about this because gathering knowledge of the whereabouts of these moving extinction balls is about the only thing we can do right now.