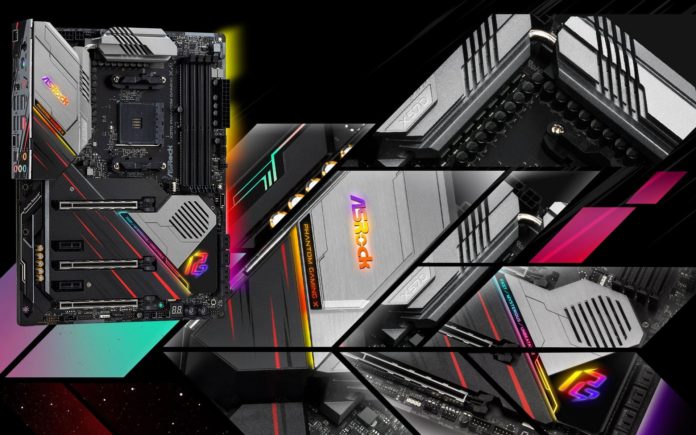 Computex 2019 paved the way for the latest X570 Motherboards designed for the 3rd Gen Ryzen 3000 series CPUs. One such board which caught the attention is the ASRock Mutant ITX X570 motherboard. The peculiar thing about this board is that it doesn’t support the stock AM4 coolers designed for AMD CPUs but instead uses the Intel LGA series coolers, specifically, the LGA 1151 mount.

This comes as a surprise because all the other ASRock X570 boards use the AM4 mount stock coolers except this one. AMD’s market presence (or the lack thereof) since the previous decade might be the reason for the poor support of AMD sockets in certain niche boards such as the mini ITX. It also explains the limited options for cooling AMD CPUs in mini-ITX form factor. Majority of the coolers for these boards either need a special mounting bracket for the AM4 or just outright lack support for AMD socket.

This explains ASRock’s design decision of using Intel’s LGA 1151 style bracket for cooling the AMD Ryzen CPUs. It not only reduces the hassle of limited choice and some extra steps for consumers but also gives them more cooling options to choose from. To keep things simple, ASRock has released a cooler compatibility list for their AMD motherboards in order to avoid any confusion.

That being said, since the launch of AMD Ryzen CPUs, the company has seen an upward trend in their market share and the latest 3rd Gen Ryzen 3000 series processors have received some well deserved praise, which makes us believe that we can expect better support for the AMD chipsets in the coming future.