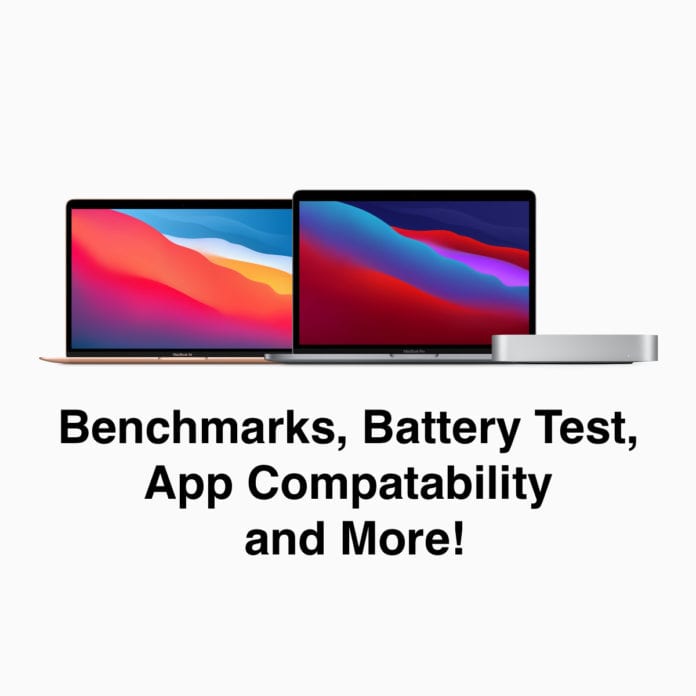 Apple, last week, announced new Macs with its own in-house ARM-based Apple M1 chips and claimed significant improvements, in terms of both the battery life and performance, over the current Intel-based MacBooks. Publications like The Verge, Engadget, Wall Street Journal, and YouTubers like MKBHD and Dave Lee (Dave2D) got hands-on the new devices a week early before the public release of these Macs. So how do they fare against the current generation Macs? Here’s a roundup of all the reviews.

Starting off the roundup with ‘the most popular individual tech YouTuber’, Marques Brownlee’s review, wherein he claimed that he charged his 13-inch MacBook Pro only once in a whole week! He got about 10 hours of battery life in one go with mixed-usage (browsing, streaming, day-to-day tasks), thanks to those efficiency cores. Talking about the performance, he ran a Geekbench test on his Mac and got these results. The new Mac with Apple M1 chip outperforms every single Intel-based Mac in single-core performance.

Check out his full video here:

Transition to ARM Macs raised a lot of questions, and one of the most important of the bunch was the support for current x86 apps on these machines. Well, The WSJ, tested Google Chrome, which, currently, isn’t optimised for ARM, on these new Apple M1 Macs and were able to open (and browse on) fifty tabs with no hiccups.

“Not at a peep or a degree above 80 Fahrenheit on either M1-powered system. The Intel-powered Air? Thirty-five tabs got its fans revving, and it hit 93 degrees.”

The Verge writes that the battery life on these new Macs is ‘impressive’.

“I’m getting between eight and 10 hours of real, sustained work depending on how hard I am pushing it. That’s not quite 50 percent better than the last MacBook Air, but it’s very close.”

Dieter continues to explain that his workflow involves a lot of apps that are currently running through Rosetta 2, which is basically x86 apps translated to run on ARM macs. And he expected this translation to cause a lot of battery drain. He then goes on to say that once the apps are optimised for the new Apple M1 chip, battery life could improve.

Jason writes that the iOS apps on these Macs are a hit or a miss. He says it’s ultimately a “net plus” that iOS apps can run on the new Macs. He then goes on to say that most of the developers would want to “a little work to make their apps run a little bit better on the Mac.”

CNN was the only one I found that wrote anything about Microsoft Office support on new Macs. Outlook on the new Macs took 8.5 secs for them to open up. “but as the Mac learned our use cases, we saw app load times improve. Essentially, it will have the conversion processor queued up and be ready to handle new processes in real-time.“

So Why is Intel and AMD’s Game About to End?

All the PCs and Desktops around the world (well, almost) use some kind Intel or AMD chips, which means the applications they run are coded for x86 architecture. Apple has not only shown the world what ARM-coded application for Macs can do, but they’ve also shown how well current x86 apps can run on the new Macs.

This transition, from x86 to ARM, might even inspire Apple’s counterpart — Microsoft — in pushing its ARM Windows machines, and properly implement the support for current x86 apps on ARM Windows devices (not just simulating it). And once the developers get on the ARM road and realise that they’re getting both the better performance and efficiency than x86, it’ll be hard for them to pull back.