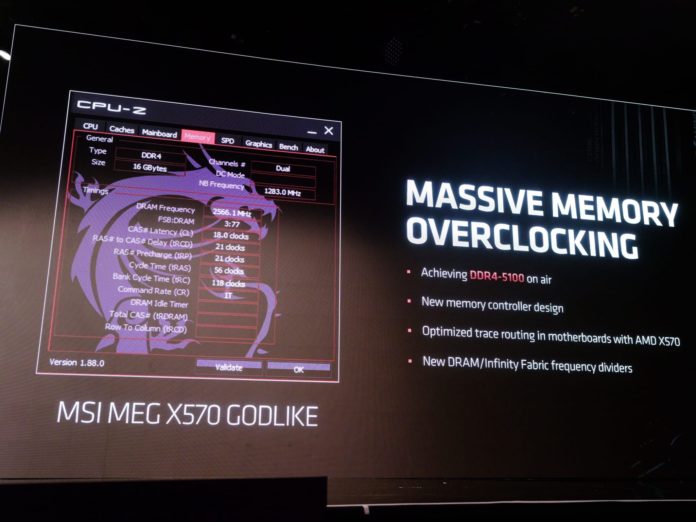 AMD continues to push the performance envelope with its next-gen Ryzen 3000 processors and the accompanying X570 platform. It is the first chipset to support PCIe 4, and memory speeds as high as 5GHz. According to MSI, the MEG X570 Godlike is able to achieve 5100MHz without using any complex cooling methods.

The X570 boards are optimized for higher memory frequencies with most of them running at 4400MHz at the very least. The DRAM wiring has been improved, adopting the fully Daisy Chained design instead of the traditional T type Daisy Chain style. This enhances the overall memory overclocking capability as well as the compatibility.

Furthermore, as per reports, the memory modules originally used on the Intel platform can be easily transferred to the AMD one without any compatibility issues. However, the X570 boards despite being dependent on the same AM4 4 design, only provide conditional backward compatibility for the older Zen+ processors, mainly lacking the PCIe 4 support and possibly even slightly degraded memory configs.