Search
Home News PC Hardware AMD May Have Won the Hardware Battle at E3 But Most Games...
Facebook
Twitter
WhatsApp 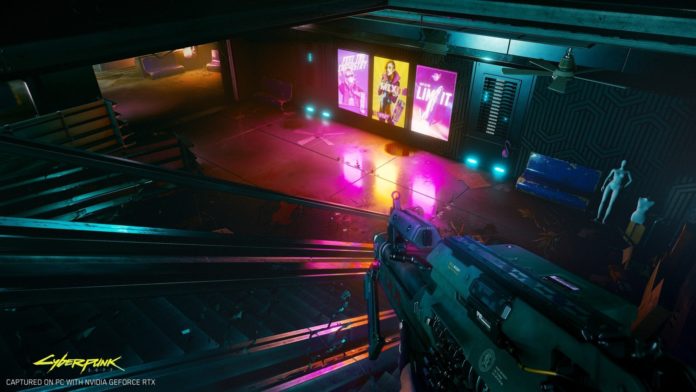 One of the core highlights of this year’s E3 was the 16-core Ryzen 9 3950X CPU and the RX 5700 Navi graphics cards, being touted as the mid-range RTX killers. The first party benchmarks show that the Radeon RX 5700 XT tends to be 5-10% faster than the GeForce RTX 2070 while the RX 5700 appears to be almost 10% faster than the competing RTX 2060. However, amidst all the 7nm celebrations, a lot of people seem to have forgotten the Turing GPUs’ core advantage- RTX.

That’s right, ray-tracing or RTX as NVIDIA is marketing it is being adopted by almost all the upcoming blockbuster PC titles at E3 2019. These include CD Projekt Red’s Cyberpunk 2077, Ubisoft’s Watch Dogs Legion, the new Call of Duty Modern Warfare reboot, Dying Light 2, Wallenstein: Young Blood, Sword, and Fairy 7 and Remedy’s Control. Quite a list isn’t it? And that’s not all, from what we’ve been hearing a few more big names might fall behind Jensen and Co.

Easily the most anticipated game of this year’s E3 was Cyberpunk 2077, and the Keanu Reeves surprise made it a whole lot better. Getting CD Projekt Red’s next blockbuster title to adopt ray-tracing and DLSS is a big win for NVIDIA, as it’s primed to become one of the best games of 2020, if not the decade.

After a brief tryst with AMD, Ubisoft’s flagship franchise, Watch Dogs is back in Papa Jensen’s lap. Teased a few days before E3, Watch Dogs Legion will be set in London and use a slew of NVIDIA gameworks technologies, from ray-tracing to DLSS to HBAO+, Ansel and maybe even Hairworks, like Cyberpunk.

We’ve also got Dying Light 2, Call of Duty, Control and Wolfenstein Youngblood. All these titles have confirmed NVIDIA as their official graphics partner, and will leverage RTX and DLSS. Wolfenstein was a surprise as not that long ago Bethesda and AMD were the best of friends, but that seems to have changed. Furthermore, Dying Light 2, like its predecessor will continue to take advantage of NVIDIA’s propitiatory Gameworks technologies. Call of Duty: Modern Warfare is an unexpected addition as the franchise has stayed neutral for the most part. Control is more palatable as Remedy has had a habit of trying out untested waters.