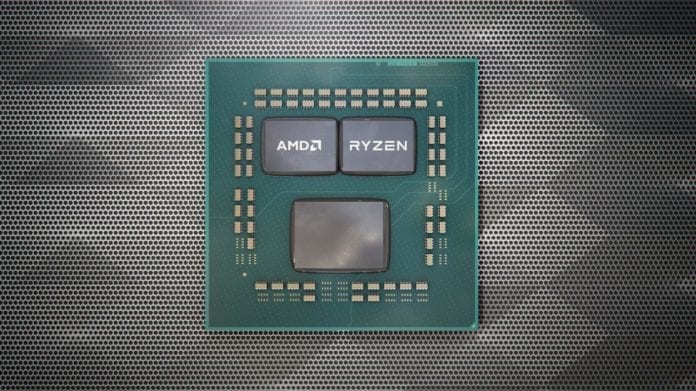 The Ryzen 9 3900X from AMD is the first 12 core CPU for the mainstream desktop platform, featuring a base clock of 3.8 GHz and a boost of 4.6 GHz. It comes with a large 64 MB of L3 cache and 6MB of L2. Recently, there were videos of the processor being able to run at a much lower voltage than stock, all while maintaining the same frequencies. These videos, however, did not show any benchmark tests to confirm whether the performance remained the same or not. That led to the people over at LegitReviews to try it out themselves, and here are the results:

As you can see from the graph, the performance drops with a decrease in voltage, as expected. What is interesting, however, is that HWiNFO64 shows that the cores are running at 4.2GHz, despite there being a clear performance hit. Our guess to why this might be the case is that the CPU lowers it’s duty cycle when undervolted in such a fashion, meaning that while it functions at the speeds being shown, it turns itself “off” more often, and is thus doing less work.

Notably, though, there is only a 16% performance with 40% less power consumption. This comes as great news to those looking to build a more compact PC and/or use a passive cooling solution, as long as they don’t mind losing some performance.