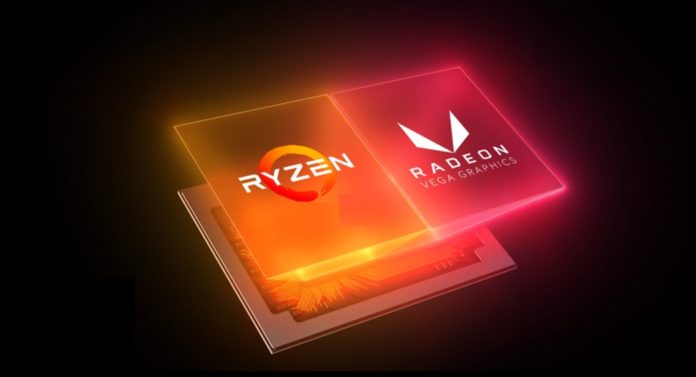 AMD is expected to reveal its Ryzen 3000 processors based on the 7nm node this Computex at the end of May. But the Zen 2 chips aren’t the only new products slated for launch from team red’s end. Dr. Lisa Su is also going to unveil the Zen+ based next-gen APU lineup paired with Radeon Vega graphics. Keep in mind that these parts will be based on GF’s 12nm process and won’t leverage the new Zen 2 architecture. We’ve been getting bits of info regarding these APUs from multiple sources and today we have the SiSoftware score for the Ryzen 5 3400G. Just like the Zen+ based Ryzen 2000 lineup, it is roughly 5-10% faster than it’s predecessor, the Ryzen 5 2400G.

The 3rd Gen APU scores 83 points in the test, with a speed efficiency of 32.66GOPS/GHz, while the older 2400G nets 78 points and 30.37GOPS/GHz. Both the chips quad-core with eight threads and the same cache size, paired with a Radeon Vega GPU, however, the newer product is clocked slightly higher at 3.69GHz. Unlike, Zen 2, the Zen+ cores derive their performance advantage from process refinement that results in higher clocks and lower TDPs.