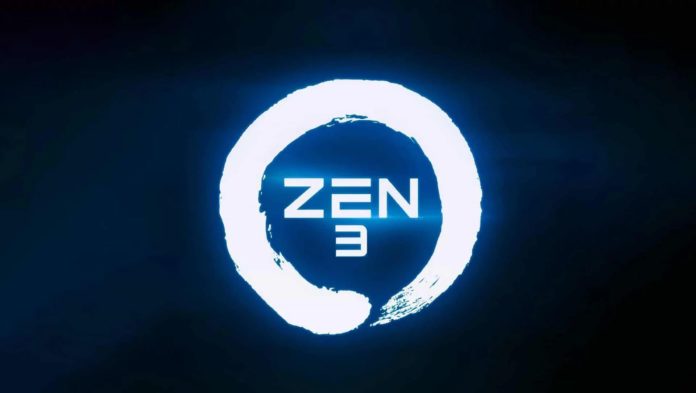 AMD’s Zen 3 core architecture will soon be powering the next-generation AMD Ryzen 4000 desktop and 3rd Gen EPYC lineup. The recent series of the AMD Desktop CPUs are based on the Zen 3 microarchitecture, with the chips expected to be manufactured on an improved 7nm+ process.

A report stated that AMD Ryzen 4000 desktop processors are still on course for release around September. There has been speculation that the Vermeer series of the Zen-3 based CPUs could be revealed at the rescheduled Computex event, which is as of now penciled in for the 28th-30th of September.

Now coming to the most interesting part, it is revealed that Zen 3 would feature an IPC uplift of 10-15% on a single thread. Moreover, this is about the same IPC bump in Zen2, which sounds great but is a little less than what had initially hoped for or at least what AMD senior executives had hinted in interviews.

It is also stated that the 3rd Gen EPYC Milan A0 silicon is as of now being tested. Moreover, Multi-Threading is said to not work on A0 samples but B0 samples, which are expected to come out by the end of September that would definitely improve upon the older silicon.

AMD’s Renoir family of Ryzen 4000 APUs has been making great waves in the mobile processor market recently so that it is unsurprising that a lot more will be expected from the AMD Ryzen 4000 desktop CPUs. AMD is believed to be working with the semiconductor foundry TSMC, with Vermeer chips apparently utilizing an enhanced 7nm manufacturing process.

The Zen 3 microarchitecture from AMD is expected to bring worthwhile improvements over the Zen 2 predecessor. Higher clock speeds and around 15% IPC gains have been mentioned as just a couple of the advantages Vermeer will have over its Matisse predecessors. If Ryzen 4000 desktop CPU can greatly outperform giants like the Ryzen 9 3950X and Ryzen 9 3900X, then the end of the year is going to be an exciting time for the desktop PC builders and enthusiasts.