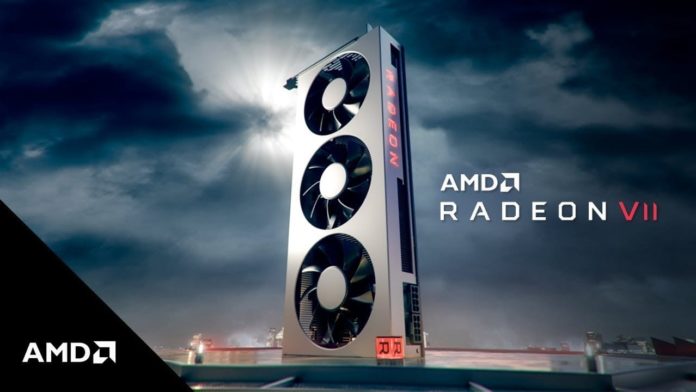 AMD launched its new high-end graphics card, the Radeon Vega VII, last week at CES 2019. The $699 GPU is based on 7nm manufacturing node and will be directly competing with its rival, NVIDIA’s GeForce RTX 2080.

Radeon Vega VII, although being a bit cheaper was able to match the performance of NVIDIA GeForce RTX 2080 in certain gaming titles. To be clear, this doesn’t mean that Vega VII is as powerful as RTX 2080, it’s there somewhere between RTX 2070 and RTX 2080 but much closer to the RTX 2080.
Compared to AMD’s own Radeon Vega 64, the Vega VII is about 25-40 percent faster.

Being around a $100 cheaper than the RTX 2080 made the Radeon Vega VII quite popular amongst the users looking for flagship-level GPU performance but also want to save a few bucks on the side.

AMD is also bundling Resident Evil II, Devil May Cry V, and The Division 2 with the new card making the deal even sweeter.

But if you are someone who’s considering buying this card, you might as well hurry when the card becomes available, because some industry sources and contacts have reported that AMD will be manufacturing “less than 5000” pieces of the new Radeon Vega VII. It was also revealed that AMD is reportedly losing money on every Vega VII that’s sold because these are just Radeon Instinct MI50 cards that are being re-purposed into Radeon VII cards. AMD has put in an improved cooler on the Vega VII with the same TDP of 300 W.

The sources also said that there will be no custom Radeon VII GPUs made. It’s still not confirmed by the AIB partners, but if the news of AMD making less than 5000 pieces of these is true, that could actually turn out to be true as well since there just won’t be enough pieces to give up to the AIB partners.

The Radeon Vega VII will start selling from February 7. As mentioned before, it’s going to cost $699 and will be going head to head against the RTX 2070 and RTX 2080.