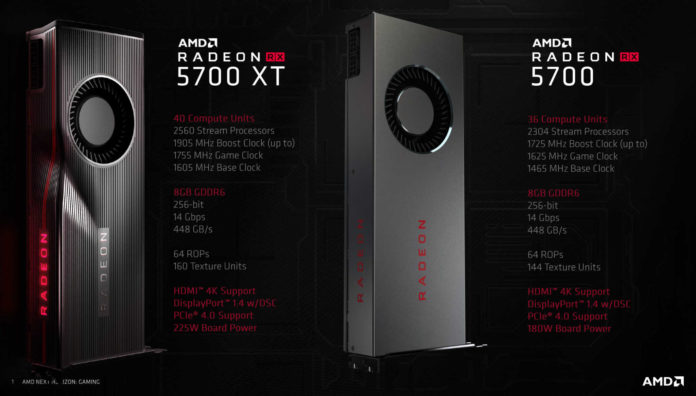 NVIDIA officially unveiled the GeForce RTX Super series yesterday, essentially making the Radeon VII obsolete, and leaving the RX 5700 Navi GPUs with a warm welcoming party. The benchmarks are basically saying that the Super cards are higher-end models in disguise, at a cheaper price and of-course a reflective shroud and the “Super” label. AMD will have a much harder time convincing gamers to buy Navi if the performance gap isn’t notable. Whatever the case, the upcoming RX 5700 series cards seem to have a major advantage in OpenCL, whether due to the new RDNA architecture or just the API, we’ll have to wait and see:

The finer details are similar to the Radeon 5700, and we can see that the Navi part is unbeatable in Particle Physics, while the rest of tests are more or less identical for the two cards. Below, we’ve got the breakdown for the RTX 2070 Super which is actually faster than the RTX 2080 in OpenCL. Just like the earlier one, the APIs are different so an apples-to-apples comparison is not possible. Still, it’s quite interesting as the older Vega GPUs were nowhere as good at particle physics or OpenCL as a whole. Perhaps, this is the “secret sauce” Dr. Su was referring to. We’ll have to wait and see.