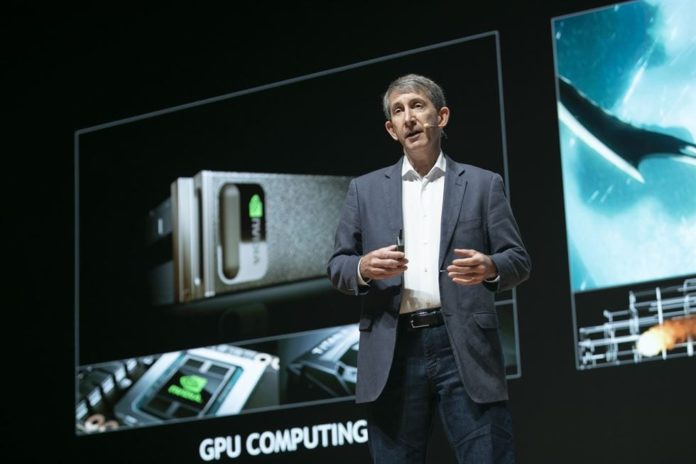 Nvidia has confirmed that it will be relying on Samsung Electronics to produce the next-gen Ampere GPUs. The surrounding rumors were validated this Tuesday, as the tech giant announced it will be expanding its foundry cooperation. The production of the 7nm advanced GPUs will be regulated by Samsung via its ultraviolet procedure.

This was confirmed by NVIDIA Korea chief Yoo Eung-joon. He also said:

“It is meaningful that Samsung Electronics’ 7-nanometer process would be used in manufacturing our next-generation GPU. Until recently, Samsung has been working really hard to secure (partners) for foundry cooperation.”

The exact amount of foundry production wasn’t revealed but he hinted that it would be ‘substantial’. The company chose Samsung over Taiwan Semiconductor Manufacturing Co. for GPU production.

Also, NVIDIA’s efforts to acquire chip designer ‘Mellanox’ are in its concluding stages. The company would acquire all of the shares for $125 per share. This was settled by the head of architecture and engineering, NVIDIA Vice President Marc Hamilton, who also said that the acquisition is almost closed with 99 percent of shareholders voting unanimously.

NVIDIA needs to go through the approval process in a few more countries before the takeover can be carried through. He expects this procedure to be completed by the end of 2019.

The tech giant has been improving ties with a variety of Korean companies, many of which attended the event on Tuesday hoping to profit off of Nvidia’s AI and machine-learning technologies. These companies include Naver, SKT, KT and LG Uplus. They have been working together in fields ranging from autonomous driving to gaming content.

While good news for Samsung, this is a big blow to TSMC that has been one of NVIDIA’s core suppliers of silicon for more than a decade. This will reflect on the company’s outlook for the coming year. As for Samsung, this is a big win and it’ll allow the company to recover from the reeling memory prices that led Intel to dethrone the South-Korean chipmaker as the largest foundry a while back.