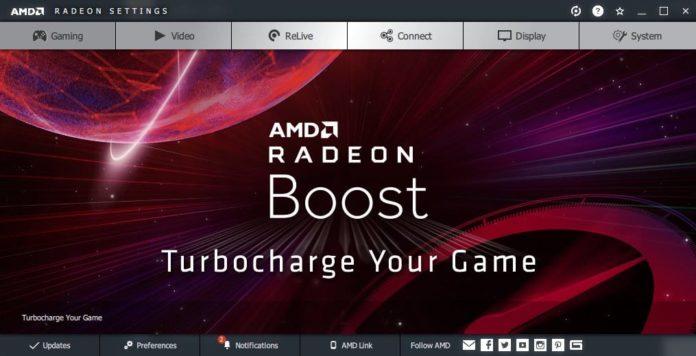 AMD’s major software update for the coming year, dubbed Adrenalin 2020 Edition has been leaked. Expected to come with numerous improvements to the driver side of all Ryzen|Radeon, we only know of a select few features at the moment or well just one, Radeon Boost.

According to speculations, Radeon Boost leverages the HiAlgo Boost technology. It’s essentially NVIDIA’s equivalent of adaptive shading, but it affects the frame resolution instead of the shaders.

According to AMD’s website, Radeon Boost will be compatible with select titles only. Hardware compatibility is quite wide, with both the Polaris and Navi cards as well as the Ryzen 2000 & 3000 APU lineup. mGPU support will be missing, at least for the time being.

We’ve been hearing a lot of chatter regarding AMD’s Adrenalin Edition 2020 as well as the new Radeon RX 5500 XT supposed to compete with NVIDIA’s GeForce GTX 1650 Super. It’ll be nice to have more of that throat-cutting competition in the budget segment of the graphics card market.