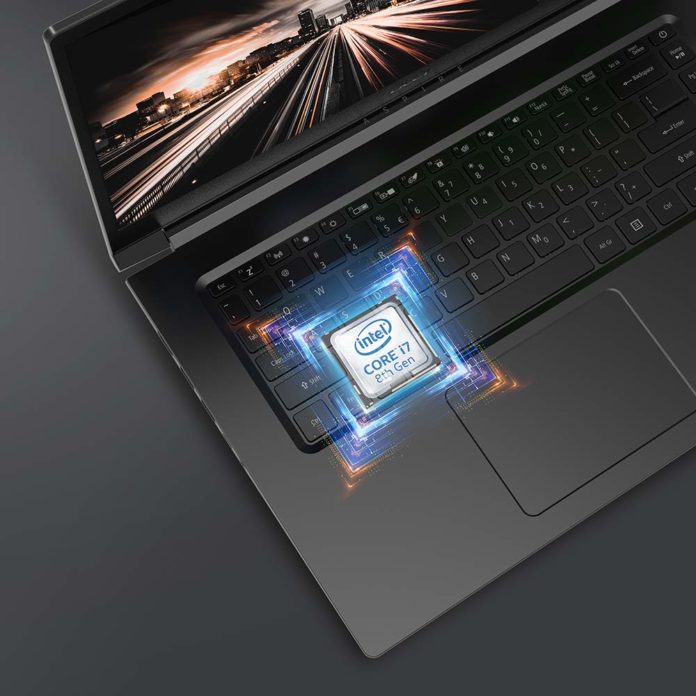 Intel showcased its lineup of Kaby Lake G CPUs with integrated AMD Radeon Vega Graphics last year. Intel even launched a mini gaming PC featuring the chip, which was followed by multiple laptops launched by companies like Dell, HP with the Intel Kaby Lake G CPUs, but that was it, the processor was sort of neglected after that.

The Intel Kaby Lake G CPUs are promised to provide significantly better performance for laptops and mini-PCs than Intel’s RadePUs. Due to shortages in the 14nm, the number of products that featured this processor was very limited, but now, Acer has launched its brand new series of Aspire 7 laptops featuring the Intel Kaby Lake G CPUs which is available to pre-order on Amazon for $1,499.

The Acer Aspire 7 has a thin and light chassis which is 0.67 inches thick and weighs 3.3 pounds. The laptop features a 15.6-inch FHD IPS display panel with thin bezels and a screen-to-body ratio of 80 percent.

It is powered by an Intel Core i7-8075G quad-core CPU with a clock speed of 3.1 GHz, with turbo boost up to 4.1 GHz. The graphics are handled by AMD Radeon RX Vega M GL Graphics card with 4 GB of dedicated VRAM and 20 compute units. Other than that, the specs include 16 GB of DDR4 RAM, 512 GB of NVMe SSD storage.

The I/O has all the standard ports like USB-A, USB-C, HDMI, audio jack and an SD card reader.

The keyboard is backlit and has a fingerprint scanner compatible with Windows Hello.

This thin profile and the powerful specifications have led to one demerit though, the battery performance. Due to the slim and compact profile of the magnesium alloy chassis of this laptop, Acer was able to fit only a 3,220 mAh battery which can last up to 7 hours of usage on battery. But, if you’re planning to game on this laptop while on battery power, you can expect it to run out of juice in less than 3 hours.

The Acer Aspire 7 is expected to start shipping from April 8, you can pre-order it from Amazon for $1,499.