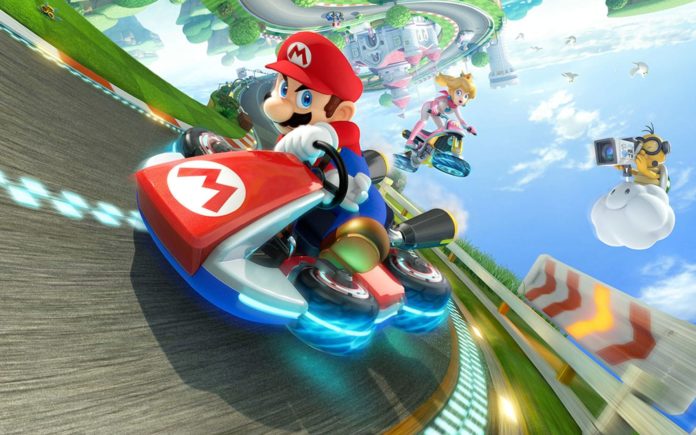 In January of this year, Nintendo sought to bring Mario Kart to a new demographic by announcing Mario Kart tour for mobiles. The game is scheduled for a June/July release and is the second game that Nintendo is releasing on mobile devices after Super Mario Run. Now that E3 is almost upon us, it remains to be seen if Nintendo will give us more information about the new game at their pre-recorded E3 direct, scheduled for June 11. Mario Kart has always been a fan-favorite series, and to see it realized in mobile will be a delight. Now, with any new addition to the famous series, there are a whole host of features that players would want. Here are some of them that would make great additions to the already enormous franchise:

We can be sure that the Mario Kart Tour will have online play. Though that’ll be a delight, I don’t want it to be just confined to time trials and multiplayer races. Why not go the whole way and include the balloon battles and special races with player chosen modifiers, giving more power to the players to choose their own fun?

Mario Kart has always been more fun with friends. So it’d be crazy for Nintendo not to add local multiplayer compatibility to Mario Kart Tour. Local multiplayer would be a great addition, as it’ll allow for easy lag-free tournaments and casual fun whenever you are hanging with friends, even in areas with no connectivity.

Mario Kart in the past hasn’t had a large showcase of third-party characters or even many first party ones at that. This could prove to be a huge opportunity for Nintendo to market more niche titles such as Star Fox or Captain Falcon.

Releasing these characters as unlockable collectibles is sure to help boost sales for any upcoming games. Who wouldn’t like to see Solid Snake racing in a cart?

Limited time events are a no-brainer for Mario Kart Tour. To be done properly, there’d have to be leaderboards, special characters, and carts. Spider-Man Unlimited (on iOS and Android) handled all of this quite well, and Nintendo, with their resources, could create a truly unique and engaging experience. Events could be used as successful marketing tools as well by tying in new releases with the in-game events. Events would also create a recurring player base for the game as well.

Mobile games tend to lose their player base quite quickly a month after it’s release. Mario Kart tour can include challenges that incentivize players to keep coming back daily.  The game would get boring without a decent progression system which keeps rewarding us with cosmetics, something on the lines of a battle-pass (or a kart-pass if you will).

Kart customization would add a little personal touch to each multiplayer race. Skins spanning Mario’s adventures with his friends and enemies over the years would be a great delight for fans of the franchise. Nintendo could take the Fortnite route and introduce a battle-pass containing skins and Kart customization options like stickers, flags, and even peculiar attachments. This could turn into a cash cow for Nintendo if done right.

Free to play is the best way for Nintendo to capture a large player-base. Microtransactions wouldn’t be a problem then. A battle-pass every 3 months each with a different theme would be a welcome addition to the franchise. A paid version of the game, or locking out core features of the game would be a huge bummer and be a huge hit to the player-base of the game, turning it into another Super Mario Run.

While the last Mario Kart game came out on the Nintendo Switch 2 years ago, It’d be tough to integrate with mobile for cross-play. Maybe, just maybe, Nintendo has a new Mario Kart title on the way, featuring cross-play with mobile devices. This might be the feature that will most likely never be true. But hey, one can dream, right?

This would be relatively easy for Nintendo to implement since every smartphone has a gyroscope sensor. While on-screen buttons are more practical, they can end up taking up a lot of useful space on a screen, especially in a racing game. Nintendo is known for implementing easy-to-use controls, they would not fill up the screen with ugly buttons. Nintendo would not give its players a serious case of the carpal tunnel over Mario Kart Tour. Motion controls are almost a guaranteed feature at this point.

That’s our list of expectations from Mario Kart Tour. Let us know what you’d like to see in the game. Hopefully, we’ll get a bigger picture at E3 this year, along with a definite release date.