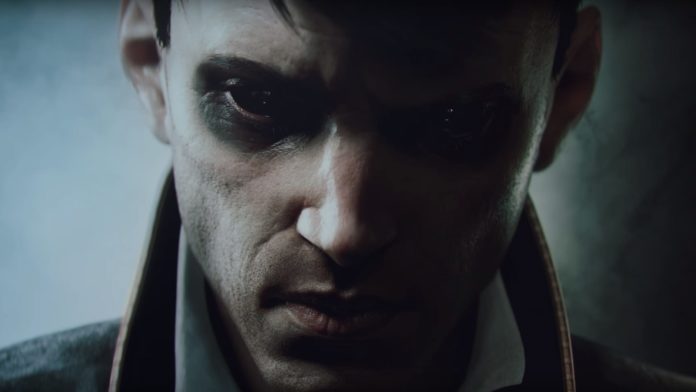 The plot or the narrative of a game is one of the defining factors of most modern games. In fact, for some people, it’s what makes or breaks a game. These days story-rich titles come in all shapes and sizes. You’ve got the BioShock series, full of intrigue and mystery, BioWare’s Mass Effect and Dragon Age franchises that allow players to craft their own personal sagas and point and clicks like Life Strange and The Walking Dead that lay emphasis on player choice. In this post, we’ll be listing some of the best story-rich games you can immerse yourself in.

Ken Lavigne’s BioShock Infinite is one of the most popular story-driven games out there. The game follows gun-for-hire and brute Booker de Wit who supposedly owes some dangerous people a lot of money. Now he’s been given a chance to clear all his dues and perhaps even redeem himself of his past sins.

Booker is sent to the floating city of Columbia which is ruled by one Father Comstock, who manipulates people into following him in the name of religion. Booker’s objective is to abduct Comstock’s daughter Elizabeth and take her back to New York with him. However, this simple task turns out to be far more complicated than he had initially anticipated.

Firewatch is a game that seems like any other at first, but it has so many layers that it takes hours after completion to fully take it all in. The player character, Henry finds his marriage in jeopardy and after many vain attempts to fix things, he decides to take a break.

He accepts a job as the forest-watch at the Shoshone National Forest. The work is pretty laid back and he gets some muchneeded peace and quiet. However, his supervisor (Delilah) is a nosy yet caring woman. The two get along well and have tons of entertaining conversations. At the same time, Henry discovers something in the forest that shakes them both up and they find themselves in a rather precarious situation.

Ken Follet’s Pillars of the Earth

Pillars of the Earth is based on the novel of the same name by Ken Follet. It’s not for everyone though. With a dark tone and mature storytelling, it deals with subjects like the hegemony of the Church back in Medieval times and often questions the validity of religion in modern times which is sure to offend many.

One of Daedalic’s finest, it has multiple protagonists from different classes of society. You play as Alieana, an earl’s daughter, Jack, the son of an outcast and lastly Brother Philip, a priest. Their lives intersect and one’s decisions affect the rest. This is a game that will keep you on edge and doesn’t hesitate from killing off even the most central characters.

Ah, BioWare. I miss those days when their games focused more on the narrative and characters. Good ‘ Garrus, Liara and Morrigan, ain’t no other game that has a better caste. These weren’t just video game characters, they were your friends. I can’t say the same for most games’ characters.

Then there’s the lore. The Dragon Age saga has some of the most well-written plots. Many consider it to be the spiritual successor to Baldur’s Gate and rightly so. It retained most of the positives of the iconic DnD games. While the sequels aren’t nearly as good, they are still better than most contemporary games in the nre.

Another BioWare classic perhaps one of the best games ever made. Creating a sequel to a successful title is hard. You have to make sure it’s not too different, but at the same time, it can’t be overly similar to its predecessor either.

BioWare created the perfect sequel with Mass Effect 2. With a masterfully written storyline where decisions weight heavily and an epic conclusion, Mass Effect 2 is one of the most immersive games of our time. The companions, the visuals, the plot, and even the soundtrack, everything is just perfect.

Nier Automata is one of the better JRPGs to grace the PC platform in recent times. With a hack and slash combat system and veiled player choices, it explores a post-apocalyptic setting where humanity has been forced to leave the planet after an alien invasion.

However, before mankind abandoned earth, they left behind an organization of androids, Yorha to monitor the situation planetside. You play as a pair of these robots in a mission to scout the remnants of a modern city. However, these two uncover secrets that they weren’t supposed to. Contrary to mainstream JRPGs, Nier Automata isn’t for the faint of heart, you won’t find any happy endings here.

Another hack-n-slash from Japan, Devil May Cry V has a surprisingly immersive story. One that will keep you glued to the screen from beginning to end. The latest title in the long-running demon-hunting franchise from Capcom brings back Dante and Nero along with a third mysterious character, V.

Regardless of whether you’re a fan of the genre or not, this is one of the best single-player games of this generation. Devil May Cry V has a much darker tone compared to its predecessors, and that in itself is rather telling.

Dishonored: Death of the Outsider

The first two games in the Dishonored franchise focused more on the setting and assassinations, Death of the Outsider explores the lore, specifically the Outsider himself, along with his origins four thousand years ago.

Unlike its predecessors, you’re in no rush here. There is no usurper to punish. You can take your time with each level, kill as many guards as you want and not worry about the consequences. And there’s this strain that gets stronger the further you progress. In the last mission, you breach the void and come face to face with the Outsider. It really sets the stage.

Hellblade follows Senua as she enters the realm of the dead, Helheim. She’s not afraid of death, as she’s already dead and her quest is to rescue the soul of her beloved from the goddess Hela.

A game that combines Norse mythology with psychosis, Hellblade has one of the most riveting narratives of any modern media. There’s ample story and lore here to keep even the impatient engaged.

Star Wars: Knights of the Old Republic has a special place in my heart. It is a doorway to the Old Republic that outshines the main saga more than once. In case you are curious, this is the game that made Revan popular and laid the foundations of the MMO.

KotOR was one of the first games by te Canadian studio, BioWare and the initiation into the video game industry for many contemporary veterans like Drew Karpyshyn and Casey Hudson.

A Plague Tale is one of the more recent additions to the genre. Set during the times of the Crusades, when the Church did what it pleased, it follows Amicia, the daughter of a French aristocrat who loses her parents to a group of zealots hungry for power.

The game takes a dark turn rather fast as the kids are hunted by multiple parties. It is one of those titles that delve into the cruel aspects of life more closely. The bond between brother and sister is thoroughly tested and friendships are forged and severed in a heart-wrenching story.

The Council is Sherlock Holmes except with arcane and tons of RPG mechanics. You play as Louis, a high-ranking French citizen during the times of the French Revolution. The objectives revolve from searching for a missing person to finding a murderer, but whatever it may be, it is a fresh new take on the mystery genre that actually works.

There are confrontations, intuitive puzzles, branching paths, multiple endings that cement the game’s place as a solid interactive mystery RPG.

is a different game. One that stands out from the crowd. It is based on a cyberpunk-themed future where most humans rely on technology more than they probably should. In this distrustful society, you play as a cop who can hack the minds of people, often those who are dead or not mentally sound.

The player character’s son seems to have gone missing, and he fears the worst. He finds a body in the young man’s apartment without a head and hopes the missing head doesn’t bear the face of his son.

The game that made Telltale Game Studios popular. Although they have a bunch of other point and clicks that have commendable stories, it is The Walking Dead that really stands out.

The first season follows a convict who makes it his duty to look after a young girl whose parents are lost in the apocalypse. Caught between the walking dead and his own guilt, he regularly finds himself in trying situations. This was one of the first games that made player choice an important part of story-driven games that aren’t RPGs.

The Banner Saga. An indie game that combines storytelling, turn-based combat and a bit of resource management in a hand-painted 2D world that s in a colorful game with a mature narrative.

Like some games on this list, The Banner Saga also plays out from different perspectives. However, the most prominent character is  Rook who must protect his young daughter through dark times and at the same time lead his people to safety. Decisions matter here and the impacts are sometimes apparent right away while at other times come to haunt you when you least expect it.