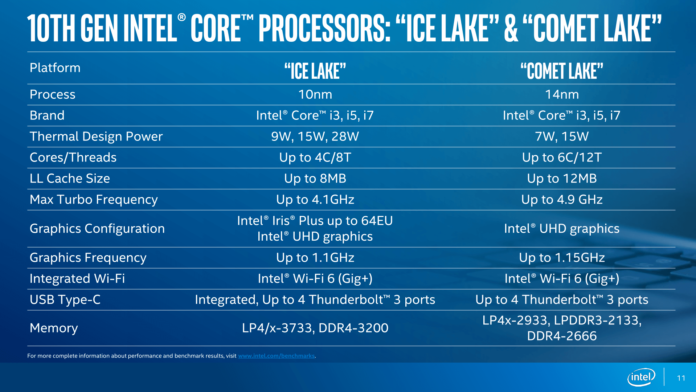 It’s no news that Intel has been struggling to keep up with AMD’s Ryzen 3000 lineup. Improved IPC, higher core counts, and a more efficient 7nm process have helped the Matisse chips subdue Intel’s aging 14nm based Coffee Lake lineup. The latter, however, is still dominant in the mobility space.

AMD hasn’t launched its 7nm Zen 2 chips in the laptop market yet, and the majority of notebooks are powered by the Picasso chips. These leverage the 12nm Zen+ design along with Vega graphics. While much more competitive than the older Bulldozer chips, they still lag behind the Intel competition in terms of single-core and gaming performance.

The recently launched Ice lake chips based on Intel’s 10nm node further widen the gap. The Gen12 iGPU on the 10th Gen chips are also more or less on par with AMD’s mobile Vega offerings. There are no signs of Ice Lake coming to the desktop space, but we do know that its successor, Tiger Lake (10nm++) will be coming in 2021. Early benchmarks of these U series chips have started popping up online databases and we have some right here:

As you can see, despite being an early engineering sample, the Tiger Lake part is almost twice as fast compared to the present Coffee Lake offering. Both are quad-core chips with the latter featuring a much higher base clock. It’s almost a certainty that upon production the Tiger Lake parts will have clock speeds similar to present Coffee Lake parts. We can expect a performance uplift in the vicinity of 2x to 3x compared to the latter.

Both Floating Point and Integer Arithmetic see a healthy 50% boost but the Crypto Score is vastly superior in the case of Tiger lake, seeing almost a 3x uplift. The single-core performance sees a 25% boost and will probably scale up to 35-40% by the time production samples are finalized.

Most of the crypto boost comes from AES performance which sees a boost of 2.5x in Tiger Lake. Speech recognition, ray-tracing, and face detection are also getting healthy improvements in the ~50% range.

Tiger Lake should hit retail sometime in 2021 and will include the Gen12 LP graphics based on the Xe architecture. AMD’s Zen 2 powered notebooks should land in next month at CES. It’ll be these devices that Intel’s 10th Gen Ice Lake-based laptops will compete with. We’ll keep you posted.