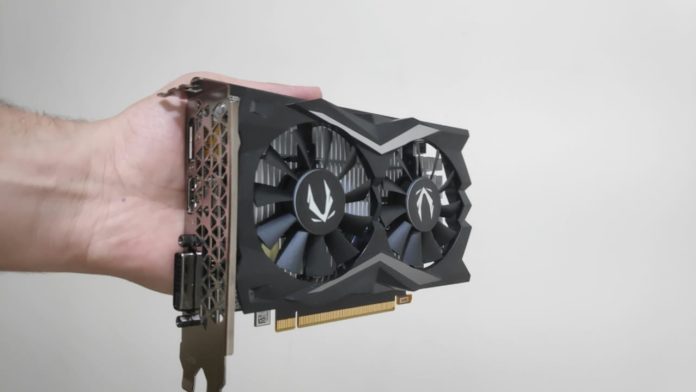 NVIDIA launched its last Super card a few days back in the form of the GeForce GTX 1650 Super with just 4GB of GDDR6 memory. Everything about this card is perfect (except the VRAM size). You get GTX 1660 levels of performance for 2-4K INR less. The mid-range graphics card market is in a weird state at the moment. NVIDIA has fielded five GPUs from the 16 series lineup including the Supers while AMD has the older Polaris based cards with performance roughly similar to the 1650 albeit at a much higher TDP and lower efficiency.

On paper, NVIDIA has got AMD surrounded on all fronts but if we go by rumors, team red might launch the Radeon RX 5500 XT for less than the 1650 Super. You’re looking at a 1660 level card based on the Navi 14 design for a price lower than the 1650 S. Whether this is actually true or just another hopeful rumor remains to be seen.

Looking at the specifications, the 1650 Super is a hefty upgrade over the vanilla 1650. With roughly 40% more shaders and faster GDDR6 memory, NVIDIA claims that the 1650 Super is around 50% faster than the original 1650. However, my only concern is with respect to the memory size. There are some games like Metro Exodus and Control that use well over 4GB of video memory. At times, even 8GB seems less. The fact that the card has just been released with 4GB of VRAM where most AMD cards offer 8GB is a bit worrying.

The Zotac GTX 1650 Super is quite small and fits in the palm. As for connectivity, you get one DVI, HDMI and DP port, respectively. For power, it has a 6-pin connector to account for the additional 25W.

The memory bottleneck was only an issue in Metro Exodus, while the rest of the games including Shadow, The Division 2 and Wildlands ran flawlessly. The 1650 Super offered consistent near-60 FPS performance across most of the titles we tested and other than the RTX enabled Metro Exodus and Control, there was no stuttering at 1080p ultra. The 1650 Super may not be a 1660 killer, but it’s still an excellent option at its price.

The thermals and acoustics were more or less the same as the Zotac 1660 Super, with the temps hovering around 74 degrees. The card was relatively silent and that didn’t change even when overclocked. However, the temps did cross 75 and the fans were somewhat louder. Like all the other Super cards, the GDDR6 memory on the 1650 Super proved to be extremely suitable for overclocking resulting in healthy performance gains.

As it stands right now, the GeForce GTX 1650 Super is the best graphics card for 1080p gaming, and the Zotac twin fan variant is one of the better cards on the market. It runs cool and is barely audible even when overclocked. Like all other Zotac cards, it comes with an extended warranty of 5 years.