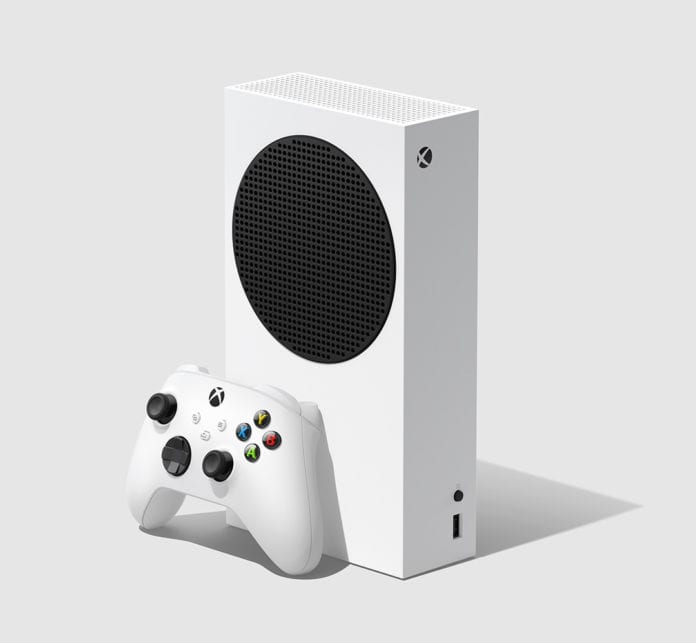 The Xbox Series S has been revealed, and there is also a helpful video courtesy on Xbox’s own YouTube channel that details everything we need to know about the Series S, its feature set, and notably, its difference as compared to the Xbox Series X.

The Xbox Series S is much smaller in size than the Series X. In fact, it is physically the smallest console ever made by Microsoft, which is not terribly drastic when you take one look at the original Xbox. Yet, it is 40% the size of the Series X and has a more conventional design as compared to the more “boxy” dimensions of the Series X. It looks more like the Xbox One S, its predecessor in that respect. The main reason for the difference is easily the absence of a Blu-Ray drive, which helps a lot in cutting down the dimensions of the Series S. The Series S is shown off in “Robot White”, with the new improved Xbox Wireless Controller to match.

The Xbox Series S is $200 cheaper than the Series X, so it must cut down somewhere in its feature set. It does, but Microsoft boasts no changes to the AMD-designed custom Zen 2 CPU. The Series S has a performance target of achieving 1440p gaming at a consistent 120fps for all titles made for the next-gen Xbox consoles, and it has a less powerful Radeon RDNA 2 GPU with lesser RAM than the Series X.

It will have hardware-based resolution upscaling, though, to 4K on any such display hardware. The Series S will also have hardware-based Ray Tracing, which will be key in delivering a higher fidelity graphical experience versus the current generation of Xbox and PlayStation consoles.

With such a configuration, Microsoft plans for developers to develop 4K titles foremost for the Series X, and then lowering the rendering resolution for the Series S, while the similar I/O performance of the two helps the smaller console handle the game just as well.

Microsoft has also provided a 512GB NVMe SSD in the Series S, half the size of the Series X. It will have custom hardware, dubbed “Xbox Velocity Architecture”, that will reportedly be very helpful for users to enjoy vastly improved game load times and the ability to switch between games on-the-fly without restarting any of them, called “Quick Resume”.

Sampler Feedback Streaming lets the Xbox Series S load texture data solely on visible areas, letting games fine-tune their methods of rendering textures. These features in conjunction with each other, provide much better utilization of the resources on-board the Series S.

Where Will The Next Generation Take Us?

With the focus on higher and more consistent framerates getting more and more pronounced, game consoles are taking a step away from placing too much value on screen resolution and taking that power to increase the number of frames we can see. In the middle of the previous generation, this change began to take root, and it has to be welcomed by everyone.

The Xbox Series S, with its clear emphasis on 1440p 120 FPS, more than on 4K is a shining example of Microsoft’s trust in that strategy. It is a much-appreciated idea, as now we can see consoles finally enter the territory of the PC directly with high refresh rate gaming. As an early example, Halo Infinite’s multiplayer will run at 120 FPS, while Assassin’s Creed Valhalla will run at 4K 60 FPS.

As well as high framerates, Ray Tracing is getting a push as well. AMD’s GPUs in both the PS5 and the Xbox Series S and X have support for it, and it seems to be the general direction both the giants seem to take, while also fighting against NVIDIA in the PC market to bring Ray Tracing to the masses at a much cheaper price, especially with the $299 Xbox Series S.

In general, the Xbox Series S is quite an affordable and attractive choice for any new console gamer (at least in the US). A disc-less console may not suit people with older game discs to run, but for any new gamer with no need for 4K graphics, it seems to be a promising product and a testament to how far the democratization of high-fidelity gaming has come.