Knights of Light: A Witcher 3 Inspired RPG With A 400 Km World Map

With the Witcher 3, CD Projekt Red showed that you don’t need the backing of a publisher to make a great AAA-scale RPG. Despite being DRM-free, the game managed to sell more than 20 million units. Many indie developers have tried following the Polish developer’s example and one such studio is Rumbling Games from Cairo, Egypt. This Egyption studio is raising money for an action adventure role playing game, Knights of Light that will be set in the 7th century Middle-East with a historical plot.

At first sight, Knights of Light resembles Assassins’ Creed more than the Witcher 3. The game will supposedly have a 400 km wide open-world. The huge map isn’t the only aspect of the game that resembles Assassins’ Creed. The combat especially seems to have drawn inspiration from AC:Origins. However, none of the major games from the AC franchise are set in the Middle East or in the 7th century time period.

The developers are promising to respect gamers and their wallets, and although they are planning to have paid expansions, they will be standalone and not “a missing part of the game”. If the game manages to get funded, it will have many unique attractions including not just a diverse game-world, but also a glimpse into the rich Sassanian-Persian culture, in the form of historical landmarks and architecture. With various terrains ranging from snowy mountains and coniferous forests to deserts and savannah, exploration will clearly be the crux of the game.

The game focuses on the battle of “Al Qadissiyah” fought between the Sassanian empire and the Islamic Caliphate in 636 AD. The battle took place in Iraq, one of the core provinces of the Persian Empire. Unlike today, Iraq was one of the most prosperous states of the known world back then.

The game won’t portray the Persians as barbarian or the Arabs as pious liberators, instead the story will play out from different perspectives and the player will have many moral dilemmas through the course of the game. 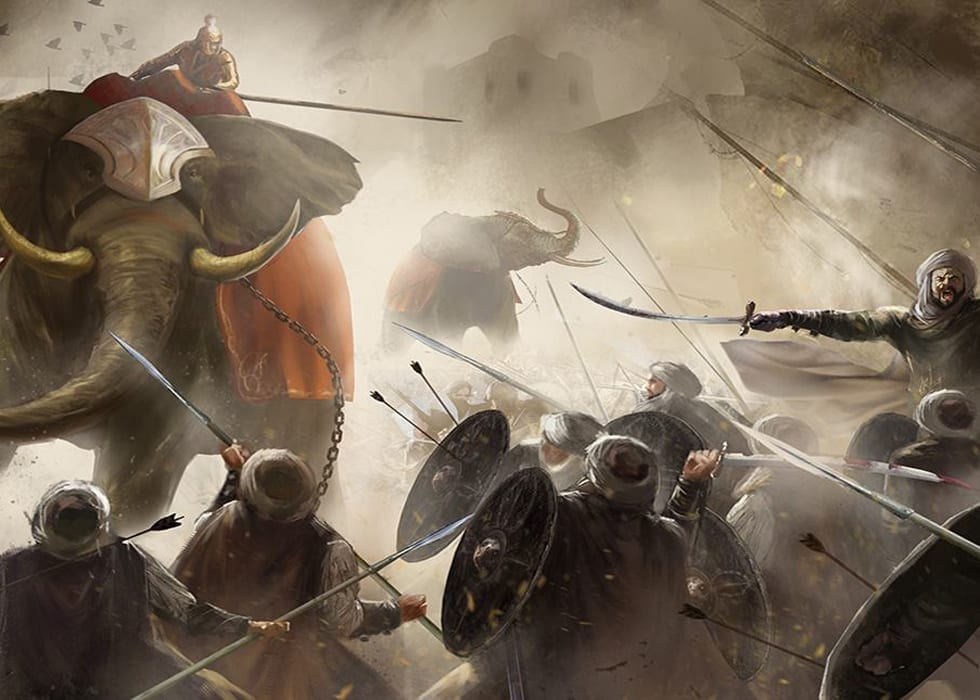 The Knights of Light will have a main campaign based on actual historical events and characters, but the game will have optional side quests that will have some fantasy elements. Since most fiction in RPGs is based on European folklore, these fantasy elements being Middle Eastern, will be fairly unique.

The combat is still in early stages and will probably change as development continues, but in it’s current state, it seems to be a blend of the Witcher 3 and Assassins’ Creed Origins. The player character will have four weapon slots- for a sword, shield, bow and throwable knives, respectively. Each weapon will feature unique skills like combos and take-downs, and beheadings and dismemberment are also quite prominent in the combat demo.

Technology is evolving at a lightning-fast pace within all industries. We look at one area in particular and how it affects the future of gaming.

One of the most exciting games of this year is Halo Infinite; even after getting delayed multiple times, Halo Fans have been waiting for...