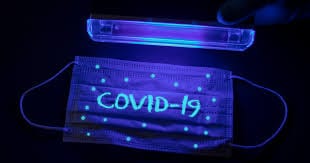 In a significant breakthrough published in Scientific Reports, researchers from the Hiroshima University in Japan have discovered that using Ultraviolet C (UVC) light with a wavelength of 222 nanometres effectively kills the novel coronavirus. In the words of the researchers from the University, UV light can kill the COVID-19 virus without harming people, as the specified wavelength of UVC cannot penetrate the outer, non-living layer of the human eye and skin. It is a lot safer and a far better alternative to the damaging 254 nm UVC germicidal lamps which are being used used to disinfect healthcare facilities.

According to the study published in the American Journal of Infection Control, the University conducted an in-vitro experiment. One of the study authors, Hiroki Kitagawa from the University shared that 99.7 per cent of the SARS-CoV-2 viral culture was killed after a 30-second exposure to 222 nm UVC irradiation.

Drawbacks of the theory with respect to the COVID-19 pandemic:

Citing the limitation of the study, the researchers said they only investigated the efficacy of a 222 nm UVC under lab conditions and not in a real-world setup. They suggested the need for further evaluation with respect to safety, accuracy, and effectiveness of the 222 nm UVC irradiation in killing COVID-19 in real-world scenarios.

“We did not evaluate this technology in a real-world setting, such as a surface counter-top,” the scientists noted.

What is Far-UVC light?

Although both UV and Far-UVC light work on the same light spectrum, Far-UVC light has a shorter wavelength and more photon energy compared to standard UVC. According to the study, regular UV light used to kill germs has a wavelength of 254 nanometers. It might be effective in killing the coronavirus, but it poses a risk to the skin and eyes.

The study revealed that Far-UVC’s wavelength ranges between 207 and 222 nm, which “efficiently kills pathogens potentially without harming the exposed human tissues.” Since far-UVC can neither break through the tear layer of the eye nor penetrate the outer layer of dead cells on the skin, it can prove to be a useful tool in the fight against the pandemic.

Far-UVC light can be used in combination with other existing safety protocols, like wearing face masks, using sanitizers, and washing hands, so as to limit the transmission of SARS-CoV-2 and other viruses. It is much safer to use in common spaces like hospitals, buses, flights, vehicles, train stations, schools, restaurants, offices, gyms, and anywhere people gather in crowds.

The virus spreads through droplets and aerosols (through coughs or sneezes) that are expelled into the air by an infected person or when one comes in contact with them. Since it largely spreads via droplets that are coughed/sneezed into the air, it’s important to have a tool that can safely inactivate the virus while it’s still in the air.

This study is pointing to an easy and relatively cheap method of deactivating the virus while it is airborne, particularly while people are around. It just might be feasible to hang overhead Far-UVC lamps/lighting at indoor public spaces and transportation sans the fear of injuring any other people.

The researchers have noted that the addition of this type of lighting would be useful at lowering the spread of other viruses such as the flu as well. There we have it, the disinfection of public spaces can now be done easily, effectively, and safely at a cheaper price! Many similar approaches are already being used in hospitals to sanitize rooms and equipment. Now it is up to policymakers to open resources that need to be utilized, to adopt this widely available option.