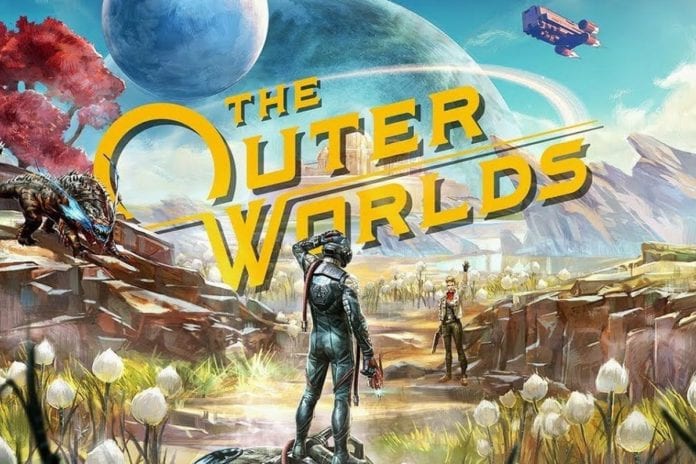 The Outer Worlds has been famed for being the “long lost successor” to Fallout: New Vegas – being made by the same studio – Obsidian Entertainment. Despite being a somewhat underwhelming RPG at launch, the game soon spear vaulted into attention with its release on Steam, and the release of the game’s first DLC – Peril on Gorgon. Now we already know that Obsidian has been planning two DLCs for The Outer Worlds, out of which the first DLC is Peril on Gorgon. Important details, including some assets, about the next DLC, seem to have leaked out.

We already know the second DLC is called Murder on Eridanos – this has been leaked via the Xbox Wire before. However, we get to see some high-quality assets for the first time, which seemed to have been leaked out on Twitter. Twitter user Tyler McVicker uploaded the post with several assets that are supposed to be used in Murder on Eridanos.

Tyler says that the DLC is “months away from release”, which makes a leak of this scale even more surprising. The assets leaked include a map, the new loading screen, some new drinkables (yes, because Eridanos seems to be a planet conquered by a liquor baron) as well a host of new weapons.

A map seems to have been inspired by Nuka World – it seems to house a large brewery home to a new company which produces a large number of drinks, going with the name of “Rizzo’s Spectrum”. There are two main buildings which seem to be a focal point for the storyline of the DLC.

The assets look pretty authentic at best, but they might still be forged – so take the leaks with a pinch of salt till they are confirmed to be true. Meanwhile, you can read our review of the original game, which our editors said to be “the Fallout we deserve”.