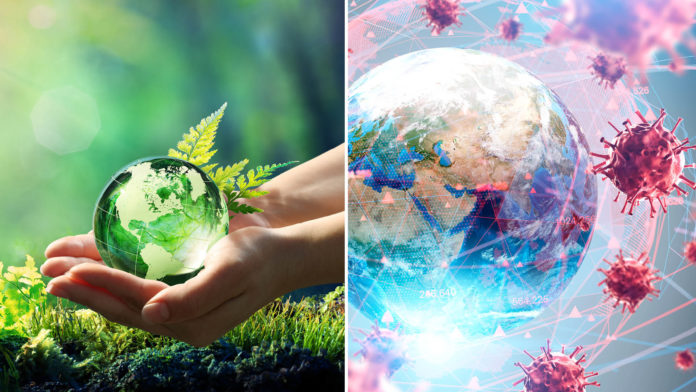 The coronavirus pandemic has led all of us to stay indoors and has brought most nations to a complete standstill. These actions have led to an interesting set of reactions when it comes to the environment. Beyond the obvious, ‘people drive fewer vehicles’, there are a plethora of changes due to recent events.

In February, an analysis conducted by the climate group ‘Carbon Brief‘ concluded that emissions from China had plummeted by a whopping 25%. Another analysis estimated that global emissions this year could drop by almost 5.5% in comparison to 2019. These numbers, in spite of seeming low, are in fact incredible. This drop in emission tops all of the others which have happened in the past. For instance, there was a 3% reduction following the 2008 financial crash, where economies slowed down dramatically. Other than that, the emission levels have only been increasing year upon year, and this sort of change is quite extraordinary.

Here’s what Zeke Hausfather, a climate and energy analyst, had to say-

“Broadly speaking, the only real times we’ve seen large emission reductions globally in the past few decades is during major recessions, but even then, the effects are often smaller than you think. It generally doesn’t lead to any sort of systematic change.”

The gasoline supplied in the US has also fallen by 50 per cent in a 2 week period. This is a close-measurement of direct consumption and is quite justified given all of the empty freeways these days. The diesel consumption hasn’t dropped drastically though, due to it being more of a ‘commercial fuel’ with semi-trucks still making deliveries in countries.

Electricity use has dropped by a little bit because of the majority of industries being closed down. The change isn’t as dramatic yet, due to the fact that we’re now using more energy working from home; the load has simply shifted.

China is heavily dependent on its manufacturing sector and is structured differently when compared to the US. The US and many other nations have offshored their manufacturing to other countries, whereas China creates most of their products themselves. These energy-dependent industries are closing down, thereby explaining the drastic difference between emission drops of China and globally.

Industrial energy consumption isn’t stagnant and is still bound to change. This is due to there being a ‘lag’ present with some industries still continuing to produce.

In the US, cars kill over 6000 pedestrians each year whereas air pollution alone kills around 200,000 more each year. Air quality levels have skyrocketed in recent months. The carbon monoxide levels in New York, which is originally caused by vehicles primarily, have dropped by 50%. All of this leads to an improvement in public health, which is essential due to COVID-19 being a virus that affects our lungs. Having lower-pollution levels definitely benefits our body in its fight against the Coronavirus.

Researchers came across interesting results in an analysis conducted in the US. They observed 3000 counties in the US and noticed that the counties with traditionally higher average pollution levels, also had an increased number of mortality rates due to COVID-19. Higher exposure to pollutants, in the long run, had made our lungs weaker against this virus.

“We call this a ‘psychic outcome,’ of people realizing what we’ve absorbed from the slow intensification of urban life as it relates to vehicles,” Kevin Gurney, a climate scientist at Northern Arizona University, notes. “It’s potentially a moment where we can get a clearer picture of what we’ve slowly kind of numbed ourselves to. Cities are profoundly dominated by vehicles.”

Recycling has always been a problem. For a recycling company to stay active, the financial gain from selling bottles has to be more than the financial loss of buying and recycling the bottles. Given the low price of oil, it has always been cheaper for companies to buy new bottles instead of recycled ones. But due to the coronavirus pandemic, the recycling companies are also shutting down, creating an even bigger mess than there was before.

All of us are stocking up on hand sanitizer and soap, restaurants are selling takeouts in plastic containers and people are eating off of disposable plates. Disposables are selling like hotcakes and the already bad condition of the recycling equation is just trending towards worse.

This pandemic is preventing researchers from going out and performing fieldwork. “It’s disruptive, there’s no question,” says Gurney, “For anybody who’s got to do fieldwork, or relies on things that aren’t automated instrumentation out there, this is a serious, serious problem.”

Any line of research which requires scientists to collect data at the site of activity has been affected big time. And even if data is being collected remotely, the analysts don’t necessarily have the computing powers to generate models in their homes. There will probably be a record gap that’ll be a problem, and if it goes on long enough it’ll be a real problem,” says Gurney. A few weeks would be easy enough to deal with, but a few months will cause a serious gap in the information collected for any researcher out there.