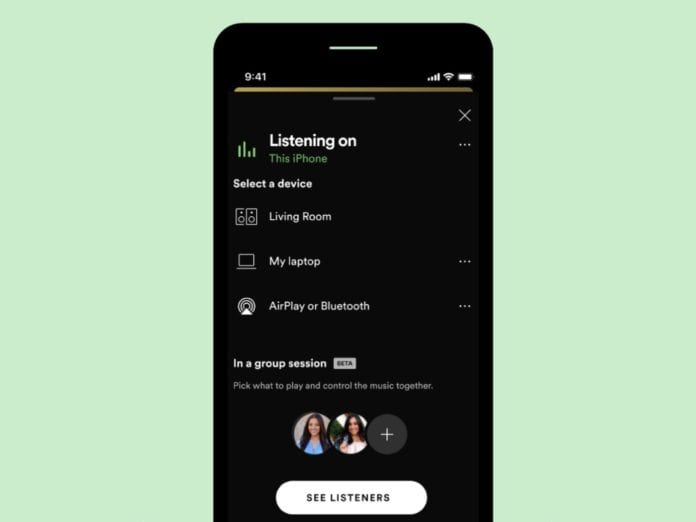 Spotify has announced its new feature today which is in an updated version of the launched shared-queue feature. Spotify will now basically let users host a listening party with up to five friends even if the friends don’t live nearby. This feature was first launched in the month of May. It can basically be called the “party mode” and it essentially lets users have a playlist which is collaborative and real-time.

Users, through this new feature, can now see what their friends are listening to at any moment they wish to. This feature is currently useful because it helps bring people together with these collaborative playlists during these quarantine times. Family members too can now enjoy and have fun with each other on Spotify through this particular feature.

In this feature on Spotify, any user will be able to play, skip or pause the streaming content along with adding content to their lists which could also have their own choices specifically.

There is one drawback, however. Through this feature, Spotify does not provide users with the ability to chat while streaming content together. It might act as sort of a letdown for some since often one might need to communicate with their friends. In that case, users will have to use a third-party app to communicate about their streaming plans because of the absence of the chat feature in these Group Sessions.

How to activate this feature on the app?

A user who wants to use this particular feature of hosting a session online, have to follow a few steps as listed down below:

As mentioned earlier, this feature is still in the beta version and will formally arrive later, as mentioned by Spotify. The Group Session feature was reported to have been in development last year so it was not planned by keeping the current pandemic situation in mind. It was being developed so that people who were social users of Spotify could have fun through the interaction it is planning to bring.