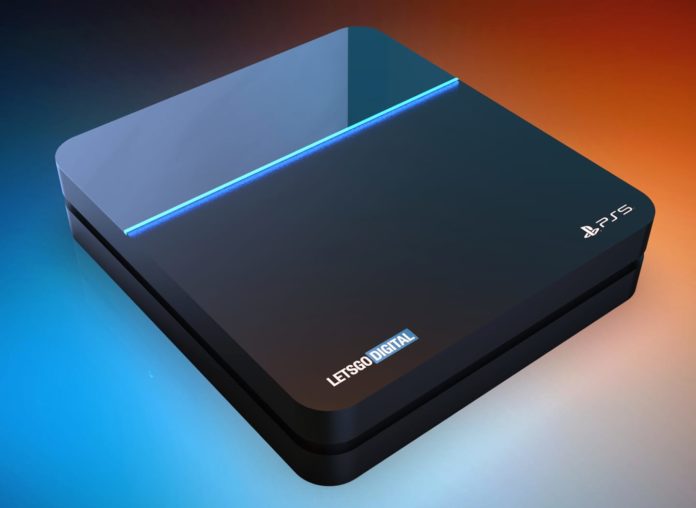 Someone claiming to be a third-party developer from the EU posted rather interesting details regarding the upcoming PS5 console on Pastebin. As per the info, Sony will launch it’s next-gen PS5 console next year, either in March or December. Apparently, the date hasn’t been finalized yet. The announcement should come sometime in early 2019 or so the guy claims. Here’s the kicker though, if this leak is to be believed (a big if), then the PS5 will have backward compatibility just like Microsoft’s Xbox One console.

The specs which have been mentioned are more in line with what we’ve been hearing. Sony’s next-gen console just like the Xbox will pack AMD hardware, a 7nm Zen2 CPU with 8 cores/16 threads and a custom Navi GPU with a staggering performance rating of 14 TFLOPs. This will be backed by 24GB of GDDR6 VRAM and 4GB of DDR4 system memory. As for storage, the PS5 will supposedly have a hybrid 2TB SSHD, meaning traditional magnetic storage along with some NAND flash for caching and better responsiveness.

The report also claims that the Sony PS5 will have 8K upscaling. Consoles are still struggling with 4K upscaling, so I find it hard to believe that we’ll see 8K upscaling anytime soon, at least not with that hardware. Details about the upcoming PSVR2 VR headset are also included which to be honest also sound like complete nonsense. As per this so-called developer, the PSVR2 will have a resolution of 2560×1440 (per eye?) with a frequency of 120Hz and of 220 degrees.

Crytek’s Ray Tracing Demo was Fake; These Screenshots Prove it

The long list of hard to digest features also include eye tracking, wireless connectivity, a battery life of up to 4-5 hours, integrated headphones, etc. And guess what? All that will cost you just $250. Now, I do understand that the present generation PSVR headset is cheap but it pales in comparison to these specs, and to be honest, a base resolution of 1080p with 120 FPS is more believable. The integrated headset and long battery life aren’t really all that big a deal.

The console itself, according to this post will cost $499. That’s the same as the Xbox One X, so it’s a possibility that like its competitor Sony is also working on multiple consoles, but I suppose time will tell.

We mentioned backward compatibility earlier and that’s actually quite plausible. Microsoft seems determined to beat Sony this time around, so copying one of the few good qualities of the Xbox One isn’t a bad idea at all. The PS5 should support games in physical disk format in addition to those downloaded from the PS Store.

Another interesting tit-bit that’s included in this little journal is that PS+ subscribers will get a remastered version of PUBG on the PS5 running at 4K. Other than that, there will be a bunch of other already released PS exclusives that’ll be supported at launch. These include Gran Turismo 7 (VR), Last of Us 2 Remaster and Ghost of Tsushima Remaster. Now again, this is all believable, but the here’s the last bit which I find very hard to accept. The guy claims that GTA VI will be coming in late 2020 (nothing wrong with that), but it’ll be a limited time exclusive on the PS5. That’s very unlikely. Sony has a lot of money, but releasing the game on just one console is sure to piss off a lot of people, and probably reduce the overall sales by a notable figure.

In my opinion, this is all too far-fetched. Some of it is very likely to be close to the real deal such as the CPU and GPU, but other than that it mostly sounds like conjecture by a die-hard Sony fan.