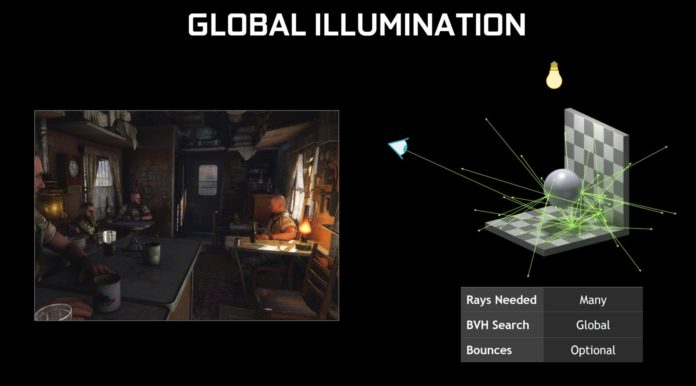 Apart from the driver that enables ray tracing ray tracing on GTX cards, NVIDIA also released a trio of showcase demos that incorporate the latest real-time ray traced techniques that can be run on both the Turing based RTX cards as well as the older 10-series lineup (plus GTX 16). These demos will be available on NVIDIA’s website for free as soon as the above-mentioned driver is released.

There will be three demos available for download, one developed by NVIDIA in collaboration with Epic games and ILMxLAB, while the other two leverage upcoming game engines that’ll already support or will support the technology at launch:

Justice tech demo – Justice tech demo hails from China, and features raytraced reflections, shadows, and NVIDIA DLSS technology.  It is the first time that real-time ray tracing has been used for caustics.

All of the new technology showcase demos can be downloaded at:https://www.nvidia.com/en-us/geforce/20-series/rtx/