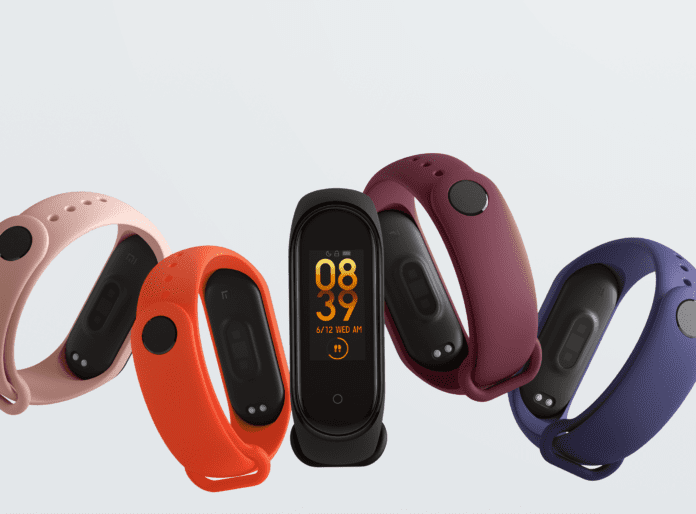 Not going to lie here. I’ve never been the biggest fan of smartwatches or fitness trackers. Smartwatches just had way too much going on in an exaggerated display and fitness trackers just weren’t capable of pushing notifications saliently whilst tracking my workouts. So here I was stuck between a path of shredded glass and one of gravel, not knowing which to take. And voila. Along came the Mi Band 4 from Xiaomi for me to review which seemed to be the perfect non-intrusive blend of both worlds! Down went my G-Shock and up went the silicon fairing housing the MiBand on my wrist.

Perhaps what makes the MiBand such an effortless product to like is its simplicity. It’s small and slots into a hypoallergenic silicon strap securely (albeit with a wonky mechanism) and you’re good to go! Obviously, after wearing my G-Shock for an extended period of time, wearing the Mi Band 4 was a total walk in paradise. So light yet so functional! Cross compatibility with the Mi Band 3 straps opens you up to a plethora of 3rd party straps that you can customize to your taste.

Perhaps my only gripe with the design is how hard it is to get the core out of and into the strap. The device creaks while being forced into its slot and that isn’t exactly confidence inspiring. Moreover, coming from a G-Shock meant that I was paranoid about scratching or cracking the display during wear, especially because the silicon housing exposes the display freely rather than hug it. Criticism aside, this is something Xiaomi can fix by altering their band design to make it a bit bulkier and that’s a trade off I can definitely make if it relieves me of this paranoia.

Perhaps the biggest change from the Mi Band 3 to the 4 is the addition of an all new color AMOLED display that gives it a sort of Pebblish appearance (remember the Pebble?). Despite being a little pixelated, this display is nice and vibrant and gets plenty bright. 400 nits to be precise! The addition of a color display has enabled Xiaomi to offer a layered notification interface once synced to your phone.

For example, when you receive messages on Whatsapp from different senders, the Mi Band 4 allows you to view the grouped notification and later swipe on it to view each individual notification!

The level of control this tiny fitness tracker offers with notifications blows even some smartwatches out of the water. Add to that the intuitive media controls that are a swipe away and you’ve got yourself an uber functional piece of kit. Good job Xiaomi!

Navigating through the interface is similar to what you’d find on the Mi Band 3 and there’s no reason to complain here. Interfacing with this band is a breeze and even a 8 year old can pick it up in minutes. Xiaomi’s promise of infinite watch-faces holds extremely true, with the ability to sync faces from different developers on the PlayStore. This truly seems like borrowed inspiration from more expensive smartwatches and I can hardly complain!

Okay, so here’s where the Mi Band starts losing steam. Despite offering so many work-out modes, the Mi Band borders on inaccuracy with simple measurements such as steps. Mounting my bike and engaging the clutch registers 5 steps, clutch release another 3 steps, and while riding a few hundred steps. Despite having the same array of sensors as my Fitbit Charge HR, it was nowhere near accurate with the step counts.

I’ll be honest here, I don’t workout in the gym. Yet, I do go on regular walks and jogs. Here’s where the irony is ripe. I have to manually select a walking mode for it to register the finer aspects of my workout like route, time, and speed. And what if I don’t? Well they’re just steps. Sure for the price we can’t expect too much, but if my Fitbit can engage in different work-out modes by silently monitoring my activity, so can the Mi Band 4!

That brings me to the MiFit app. Sure, Xiaomi has completely nailed it with notification implementation and alarms, but the way it handles synced work-out activity is just pitiful. I say this as a Doctor in training, changing the habits of a patient is hard even with human intervention and it needs a lot of positive motivation. Now imagine your Mi Band telling you that your immunity and cognition are most probably screwed up because you went to bed late. Imagine it telling you to “Get up and move. You’ve been sitting too long”. Not exactly positive reinforcement is it?

Even the Honor Band handles this with a certain degree of politeness and gives a more encouraging notification. Again don’t get me wrong, these aren’t things that should make you veer away from the Mi Band. These are aspects that Xiaomi can easily iron out with simple software upgrades.

That brings me to my next point. On receiving my band I was getting very haphazard heart rate readings, which drove me to checking these values with my Fitbit and the heart rate sensor on my S7. To truly verify the accuracy I had a colleague of mine strap on the Mi Band and compared its reading with the value I got by auscultating his precordium with my stethoscope. It was off by more than a margin of 10 BPM. Knowing that this was quite unacceptable, I immediately reset the band and updated it to the latest firmware in hope of remedying this issue. Guess what? It’s now more accurate than the S7 and the Fitbit Charge HR!

Xiaomi is constantly pushing updates to the MiBand through the MiFit app and that’s quite a commendable feat! I’m suddenly instilled with confidence that Xiaomi can push out patches to the issues I’ve mentioned in this review.

No complaints here! In the one week I’ve tested the Mi Band 4, I’ve charged it once on receiving it. As I’m writing this review I have over 45 percent of juice left with peak brightness and continuous notification sync on! Obviously, it’s not the one month battery life that Xiaomi promised, but its still quite praiseworthy!

Should You Buy It?

A resounding yes! What makes the Mi Band 4 and absolute steal is the high degree of customization on offer. Don’t like the strap? Change it! Don’t dig the watch-face? Swap ’em! Don’t like MiFit? Google Fit is the route to go! The sheer level of 3rd party support for the Mi Band 4 makes this a complete no-brainer for 2300 Rupees!

Remember my earlier dilemma regarding smartwatches and fitness trackers? Yeah, I think I’ve found my perfunctory savior. So what if it breaks? You can just buy another without breaking the bank instead. And that ladies and gentlemen is why I wholeheartedly love the Mi Band 4.