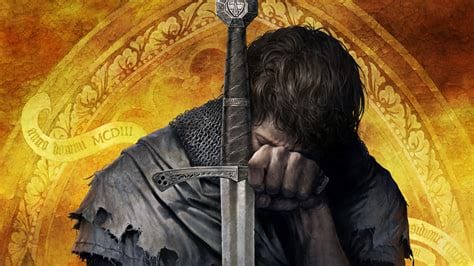 Hey everyone, Henry is here! Some new information has come to light recently regarding the highly anticipated sequel to the Critically and Commercially successful Kingdom Come Deliverance.

These details come around the coattails of Koch Media’s Summer Game Fest event, which is also the parent company of Deep Silver, the publisher of Kingdom Come Deliverance developers, Warhorse Studios.

The details have come in the form of a Livestream that started in Koch Media’s Twitch channel, and being simulcast on We Know Something You Don’t Know, a new website belonging to Koch Media.

The live stream, which is steadily adding viewers and items on display, seems to be displaying a room with a mace, a crown, and a coffin, all of which are connected in some form or other to Kingdom Come Deliverance 2.

A crown is what the story of the game is based on, a tussle between multiple kingdoms for ruling a particular country.

The mace is a usable weapon in the game, which alongside the medieval-style coffin on display, both seem to be pointing towards the upcoming sequel of the game.

That’s not all, though. There have been multiple tweets that were made very recently that point towards a Kingdom Come Deliverance 2 reveal.

The International PR manager for Warhorse Studios, Tobi Stolz-Zwilling tweeted out “Oh shoot… this week will be packed!” ahead of the Koch Media Presentation, along with several memes hinting towards a new game by Warhorse Studios.

Above all that, the official Twitter account of Warhorse Studios started liking tweets of people asking for a Kingdom Come Deliverance 2.

With a game as critically and commercially successful as Kingdom Come Deliverance, a sequel always has high hopes attached to it. With the kind of rocky start that Deliverance had, the sequel is expected to deliver a better game than even the original, which is a tall order.

Tune in for our live coverage of Koch Media’s presentation, and you can check out the entire E3 2021 schedule adjusted for India here.