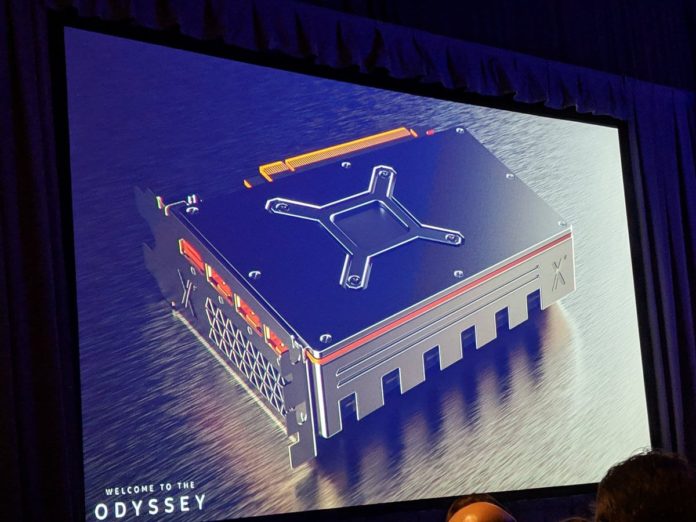 If you told me Intel was all set to break into the discrete GPU market last year, same time, I’d have laughed in your face for a good five minutes. As someone who’s had to put up with Intel HD graphics from time to time (between high-end PC cards), I can attest to how terrible Intel is at doing what AMD and Nvidia do best. Well, just about anyone can. But with the rise of GPGPU, and massively multithreaded application, with Nvidia looking to steal market share away from Intel in areas like high-performance computing, with GPU alternatives, Team Blue’s looking to broaden its horizons. Intel’s Xe, set to debut next year, is the first step in that direction. We don’t have a good idea of where the performance will be with Xe, but it’ll have to be on par with small Navi or the GeForce GTX 1660 at the very least if Intel plans to introduce a competitive product (and not a complete disaster like Larabee). That requires a lot of back-end work.

Today, we heard reports that Intel’s GPU instruction set is receiving the most significant reworking it has in nearly 15 years. Ever since the arrival of the i965 platform in 2004, Intel’s focused on incremental upgrades to their graphics stack. We’ve finally gotten to the point where high-end Intel GPUs are at least somewhat on par with entry-level cards from a few years ago. But that’s not exactly a great place to be for a GPU maker. With cards like the GeForce RTX 2080 Ti happily pushing 4K/60 FPS in current-gen titles, there’s a massive gulf in performance between the entry-level and high-end GPU markets. If Intel wants to be taken seriously in the GPU market, it’ll need to introduce a midrange or better card that at least compete with likes of Little Navi and the NVIDIA GTX 16 series.

The new ISA revision proves that Team Blue is serious about breaking into the GPU market. It will enable the 2x and beyond performance-per-clock increases that will be necessary for Intel’s graphics hardware to compete with AMD and Nvidia’s best. Intel Xe is slated to arrive next year. We’ll keep you posted as soon as we get more details