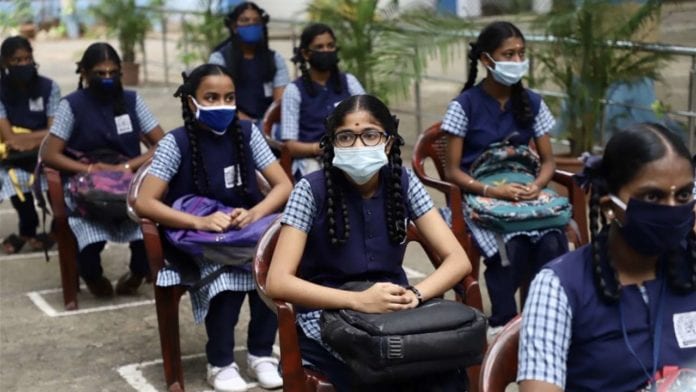 2020 seems to be the year of policy reforms in India. On June 29, 2020, the Ministry of Human Resource Development along with the Ministry of Information and Broadcasting of India released a new education policy titled as the National Education Policy.

It is a major reform to the Indian education system after 34 years, according to the Indian Union Ministry Prakash Javedkar. The new reform brings many changes to many different levels of education, covering education from pre-schooling to graduation.

The main focus of the National Education Policy (NEP) is to promote the Indian education system and focus on skill and vocational learning and testing real knowledge gained by students, instead of ‘rote learning’.

The first draft of the new policy was first recognized by the Indian Prime Minister, Narendra Modi, on May 1, 2020. After a series of major discussions and suggestions from students, teachers, and people from all walks of society, the NEP was finally signed by the Union Cabinet on 29 July 2020.

The Indian education system has been subjected to much criticism for many years, with students blaming the system to promote rote learning and giving importance to marks received rather than focusing on their overall development. Overall development includes participation and promotion of extra-curricular activities, using a knowledge-based examination approach, learning of vocational skills, and personality development of children.

The new National Education Policy 2020 would help improve the education structure in such aspects by focusing on holistic and multi-disciplinary skills and on gaining knowledge rather than getting marks in the exam. To achieve this goal, the HRD ministry also took another major step of renaming itself. The Ministry of Human Resource Development was officially renamed Education Ministry of India on July 29, 2020.

The NEP introduced a series of new reforms in the education structure of India. However, there are several key reforms that should be discussed in detail.

The classic 10+2 education system in India was restructured to 5+3+3+4. The new system would cover students belonging to the age bracket of 3-18 years. The first 5 years would be called the Foundation Stage, covering students from ages 3-8 years. The five years include 3 years of pre-schooling and then schooling in the 1st and 2nd standard classes. During this stage, students would engage in fun learning activities to ensure a strong base. The curriculum of the first 5 years would be prepared by NCERT.

The next stage, comprising of 3 years, would cover Class 3 to Class 6, engaging students aged 8-11 years. In this stage, called the Pre-Primary Stage, students would be introduced to subjects such as science, humanities and history to curate their curiosity in different fields.

The next stage, called Middle Stage, would also be of 3 years and would have students from Class 6 to Class 8 aged between 11-14 years. Coding would be incorporated into the schooling curriculum since Class 6. This approach would make students ready for coming-of-age 21st technology. Students can also do internships in different fields from Class 6 onwards.

Following this stage, the next 4 years would be the Last Stage, covering Class 8 to Class 12, engaging students aged 14-18 years. During this stage, students would be helped to develop specific interests in subjects to prepare them for higher education.

The subject streams have been removed for boards so that students can learn multidisciplinary skills. Students having interests in Science and also in History or Humanities can now study both subjects according to their preference. However, subjects would be grouped in different groups and students have to select one group and study all of the subjects offered by the group.

Some Other Important Reforms in Secondary Schooling

The National Education Policy also gives emphasis on the promotion of multi-lingual students. Keeping this in mind, students can now study in their mother tongue or regional language up to class 5. Languages like Hindi or English would not be forced down the throats of students anymore.

To promote such objective, the HRD Ministry said that they would establish e-learning content in many other languages like Marathi, Bengali, Kannada, etc. However, no language shall be forced upon a student and the decision of choosing the language in which one would study would lie with the student and their parents.

Examinations that were previously conducted on yearly bases even for pre-secondary classes would now only be conducted in Class 3, Class 5, and Class 8. Evaluation for the rest of the classes would now depend on a “formative-based evaluation” and would be competency-based, which would focus on analytical and conceptual skills and concept clarity. The syllabus would also be reduced to core concepts of pre-primary classes.

The report cards would now feature a 360-degree holistic approach that would inform parents of not only the marks obtained by their child but also his interests in extra-curricular and vocational activities.

Reforms in The Post-Graduate System

The National Education Policy has introduced National Testing Agency (NTA) which would conduct a common aptitude test that would later be incorporated with 12th Boards results to provide admission to students into college. However, this test is not mandatory.

All of the student’s credits would be stored in a DigiLocker called Academic Bank of Credits (ABC). This would help a student to complete their education even if they drop out of college for one year due to some unforeseen circumstances. The stored credits can be used to get them admitted directly to next year to which he left his education.

Institutions such as IITs would also follow a holistic and multidisciplinary approach and would now also admit students of humanities and arts to the colleges who would like to enhance their knowledge of science and vice versa.

The NEP also supports bag-less days in school to promote various other vocational and extra-curricular activities. It is also set to standardize the Indian Sign Language, to help students with disabilities.

The 10th and 12th Board Exams would continue to take place. However, they would be re-designed and the standard would be pre-paired by PARAKH (Performance Assessment, Review, and Analysis of Knowledge for Holistic Development), a new national assessment centre.

The new reforms brought by the National Education Policy look very promising and the government wants to bring them out before September-October when the new sessions being this year. However, we have to wait and see how fruitful their results would prove for India.