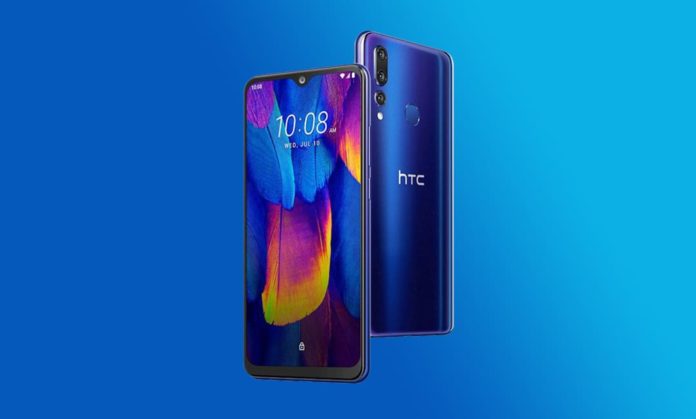 It seems that HTC is hard at work. In the last week’s rumors and leaks, HTC’s new smartphone known by the name HTC Desire 20 Pro has been spotted. The design looks to be a highlighting factor of the HTC desire 20 Pro as it resembles the Mi 10 from the back and identical to the OnePlus 8 from the front part.

The phone will have a punch-hole selfie camera on the top left corner. Moreover, the rear panel sports a squarish camera island with an LED flash. The smartphone also is seen featuring a 3.5mm headphone jack. As per the report, the phone has been codenamed as ‘Bayamo.’

In a separate post, the HTC Desire 20 Pro also has appeared on the benchmarking site GeekBench with a mid-range feature. As per the listing, the GTC Desire 20 Pro will be backed by a processor that has a base frequency of 1.80GHz, which indicates the Snapdragon 660 or Snapdragon 665 that is outdated for a 2020 smartphone.

It is coupled with the RAM of 6GB and running on the Android 10 OS out of the box. The device has managed to achieve a sing core score of 312 and a multi-core score of 1367. The test results are similar to what we have been getting from the MediaTek Helio G80 and the Exynos 9611 supported devices.

HTC may reveal this smartphone very soon into the market. Stay tuned with us for more updates!