Search
Home Reviews Game Reviews Draugen Game Review (PC): Reality is what you Allow it to be
Facebook
Twitter
WhatsApp 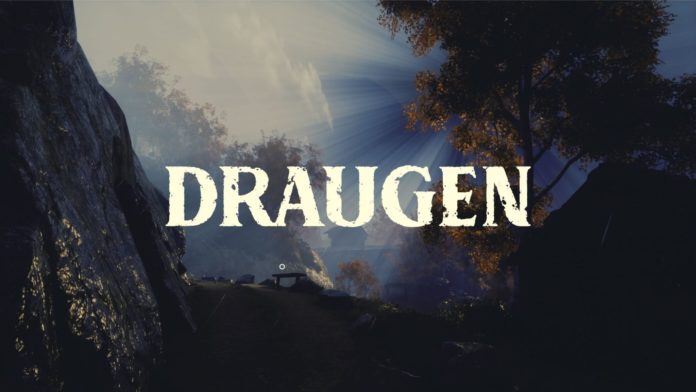 The story-rich walking-simulator genre is a somewhat recent addition to the video game industry. Sure, we have had a bunch of iconic titles along the way, but they were too far apart and with a very limited audience and popularity. These days we see newer additions to this category quite often. There is Ken Lavigne’s unforgettable BioShock trilogy, Soma, Firewatch, more recently, Closer to the Sun and the game we’re reviewing today, Draugen.

Set in Norway, in the early 20th century, the game follows Edward and his 17-year old ward, Lissie who have traveled all the way from Massachusetts, US in search of his sister, Elizabeth (who seems to have a habit of going AWOL without a heads up). Our protagonist himself, is an introverted, well-mannered academician who isn’t very enthusiastic about leaving his books and venturing out into the unknown.

Lissie, on the other hand, is his complete opposite: talkative, mischievous and full of life. The two seem to balance each other rather well, though at times it feels like they are just going in opposite directions, and more often than not, it’s Edward who gives in to his student’s stubbornness.

For the most part, the game is linear without much room for role-playing, but every now and then, you’ll have to rely on your intuition and deduction skills to predict certain past events. These decisions shape the ending of the game which to be fair is rather abstract.

The town of Gravik is an idyllic fishing village which in more ways than one reminds Edward of himself: both are detached from the outside world, with a singular purpose and don’t seem to care about much of what others think. Although abandoned and long forgotten, there’s a tragic story here waiting to be told, you just have to pay attention and hear the ghosts’ plea.

Something seems to have torn this small, peaceful-looking village apart: war, strife, hunger, dispute or maybe even greed or contempt. The story has already played out and you are the lone detective on the scene. No matter what you conclude, it won’t have any real-world consequences, except for some much needed peace of mind, and perhaps even help Edward find his missing sister.

The game is built atop the Unreal 4 engine and as expected looks quite gorgeous. The country landscape is a real sight to behold, although every now and then you’ll notice the cracks. The volumetric lighting is very basic, the water textures are dated, and the vegetation also has a low poly-count. Overall though, Draugen looks beautiful and isn’t all that taxing to run either, so I suppose the faults can be forgiven.

In the end, you can say many things about Draugen- the story is messy, the visuals aren’t the best, the protagonist is single-minded and the outcome is somewhat unsatisfactory, however, the game succeeds in creating a unique plot that leaves space for an open-ended conclusion, one that may or may not be correct, but that’s the thing, it doesn’t matter, everyone has played their part and have been forgotten. You’re just there to summarize the beginning and end of a peaceful little fishing village called “Graavik”.