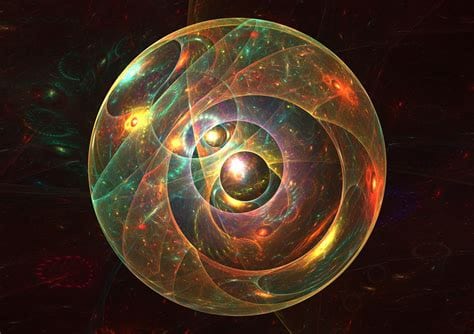 Have you ever wondered if there is a different side of the world? A different dimension, maybe? Yes, I just finished watching Stranger Things. And it got me thinking if there is an Upside Down. So what do we know so far about other dimensions? There have been a lot of debates regarding the existence of a multiverse in the physics community. Let’s see what we know so far. Let us first begin with the string theory. Sounds intriguing eh? So what is string theory?

According to string theorist Leonard Susskind, the different vacuum states in this theory may be interpreted as different universes within a meta-universe. There are a lot of theories related to the omniverse like Max Tegmark’s four levels, Anthropic principle, and M-Theory.

Let’s start with Max Tegmark’s four levels. Level one consists of regions beyond our cosmic horizon. Basically, if you were to go to the “edge” of the universe, there would be more space. This is the simplest model and it follows the laws of physics but with different initial conditions. Level two talks about other bubble universes from a cosmic landscape and slow-roll inflation. This version predicts that different regions of space can exhibit different laws of physics. You can think of it as bubbles created when water boils. Each bubble represents a different universe. Next up, the third level. It is particular to the certain interpretations of quantum mechanics such as Hugh Everett’s Many Worlds Interpretation. The fourth level is Plato’s ideal reality. It states that mathematical existence is equivalent to physical existence. Mathematical structures give different fundamental equations for every region of reality thus making the multiverse theory complicated yet intriguing by the second

The M-Theory is a part of the superstring theory. It’s a relatively new theory but there’s no way to test it. This theory would take place in eleven dimensions (could be a Stranger Things coincidence again). Another theory states that because there are a finite number of ways in which particles can be arranged, space-time must start repeating itself at some point. Many theses talk about Bubble Universes, Parallel or Braneworlds, Daughter and Mathematical Universes. A simple analogy of living in a multiverse would be that if the universe is a pizza, then everything we know about is one slice of it. Scientists don’t know for sure if there are other dimensions. But if there are, then where are they hiding? Each thesis gave its own reasoning.

The mirror universe states that there’s a universe parallel to ours but is the complete opposite. The brane universe describes our universe as one membrane in a huge (possibly infinite) stack of universes. There are so many movies based on time travel and the concept of parallel universes. Why haven’t we been able to confirm if such things exist?

Mainly because we don’t know what space-time looks like in reality. We don’t know how big the universe is or where it ends (if it does.) For now, the big question remains a mystery. Let’s wait for a few more theories till we get this right. They are sure to come up with people never getting tired of trying to prove the existence of a multiverse. Till then all I can say is, “Roads? Where we going we don’t need roads.”