Tiangong-1, China’s first space station is dysfunctional and is returning back to Earth in the next 24 hours, according to Chinese officials. Launched in 2011, Chinese Scientists lost control of it in 2016. It has been slowly headed towards Earth ever since. Tiangong, means Heavenly Palace in Chinese.

According to forecasts, Tiangong-1 will re-enter Earth’s atmosphere sometime between Sunday night and Monday morning GMT. The destination where it will crash is unknown as it depends upon a lot of factors. It is expected to come to Earth somewhere between 43 degrees north and 43 degrees south, a range covering most of the United States, China, Africa, southern Europe, Australia and South America.

The crash is most likely not going to harm anybody as most of it is going to burn up in the Earth’s atmosphere.The unoccupied station is 12 meters long, has a diameter of 3.3 meters and weighs 8,500 kilos. The bus sized space station was supposed to be decommissioned in 2013, but China kept extending the mission. 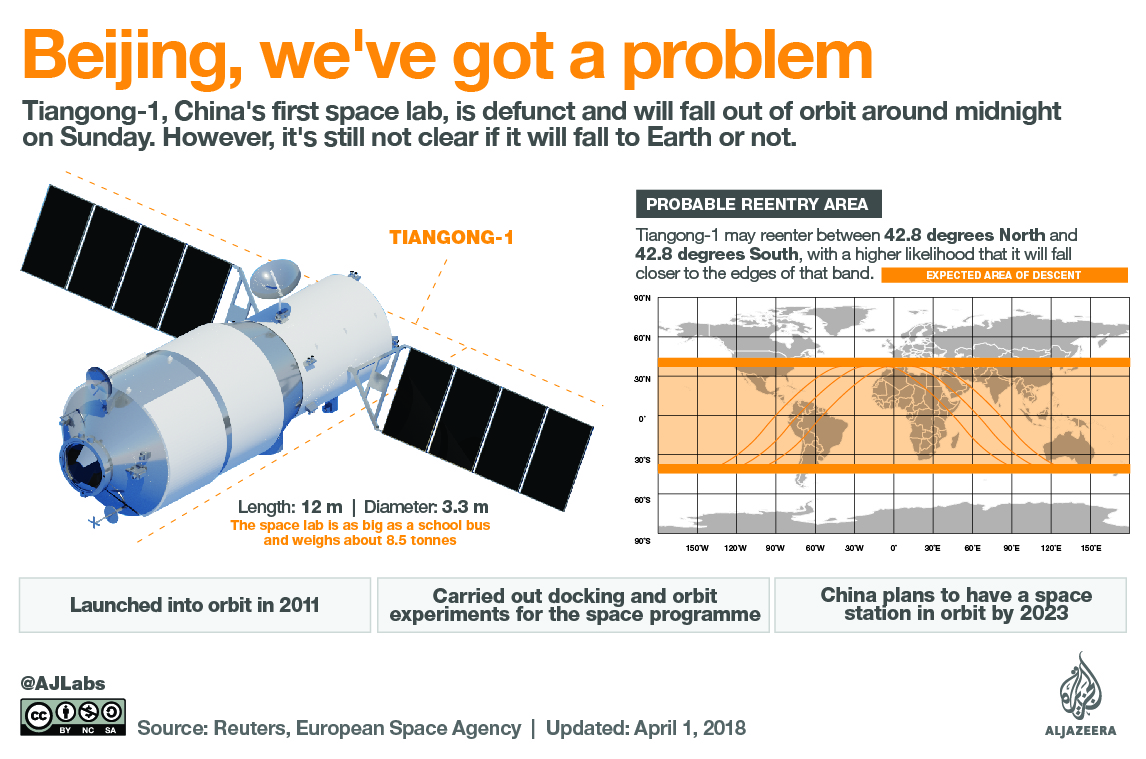 The re-entry of Tiangong-1 was supposed to happen sometime in 2017, but for some unknown reasons, it did not. This was a clear indication of the fact that the Chinese scientists had lost all control over it. Exact details to come out soon, stay tuned.
For more information click here