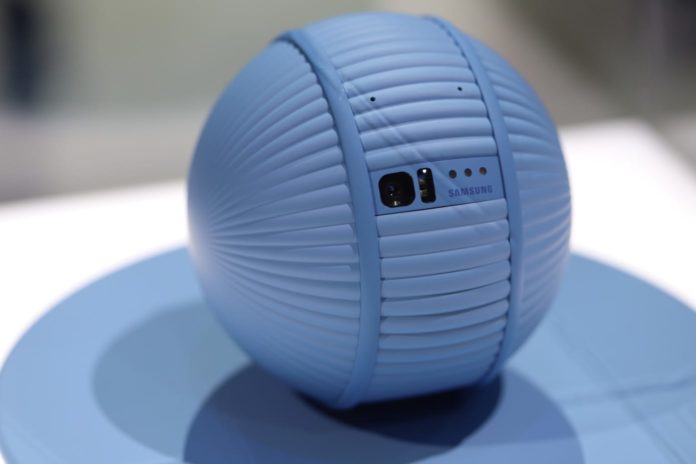 On the 6th of January 2020 at Samsung’s keynote at CES, Samsung introduced Ballie, a small ball-shaped lifestyle robot that intends to be a useful help around the house. Samsung says Ballie utilizes Artificial Intelligence to be a security robot, a tool to help seniors connect with smart devices in their homes, and also a fitness assistant. Amazingly, it can also serve as a friend to your kids and pets. The Ballie name actually emerged in trademark filings last month. Samsung said it wanted to use the term for robots with various functions, such as cleaning, teaching, security surveillance, and daily chores.

Samsung’s CES keynote got off to an intriguing start in an onstage demo where Ballie followed Samsung consumer electronics division CEO H.S. Kim on the stage by rolling around. Ballie also gave cute little robotic chimes in response to a couple of commands from Kim. Eventually, it rolled right into Kim’s hands when he called for it.

In a promotional video aired shortly after the demo, Samsung showed a bigger vision of Ballie that could someday make it an at-home assistant. Ballie opened the blinds in its owner’s home and turned on the TV. It even assembled a Roomba-like vacuum to help clean up a mess.
Incase that spherical design seems familiar, LG also revealed a robot ball a few years ago in 2016. The Rolling Bot was designed to carry out household tasks. It could also take photos of your pets and send them to the owner when one wasn’t home.

The company claims it made Ballie understand and support your needs to run a smart home. The rolling robot is also designed to act as a fitness assistant. It has an inbuilt “mobile interface” that looks for ways to improve your lifestyle needs. Unfortunately, Samsung didn’t say when you might expect to buy your own Ballie nor how much it’ll cost. It looks more like a tennis ball than BB-8 if you are wondering. For now, its just a cute little robot that might be a useful companion around the house someday.